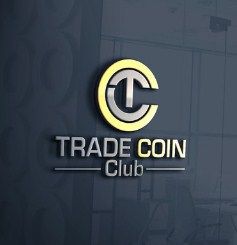 US SEC, the market regulator authority in America, has filed the charge sheets against the team of four, involved in the Trade Coin Club scam, the scam was executed as a multi-level marking scheme by the 4 who started the club.

Who was involved in “Trade Coin Club” scam?

The Scam was carried out between 2016 to 2018 in a structure of a multi-level marketing scheme. This trade coin club was initiated by Douver Torres Braga along with his 3 other team members, namely Keleionalani Akana Taylor, Joff Paradise, and Jonathan Tetreault. All of them are facing civil fines cases along with the charges of penalties, in Seattle Court.

As per the court filing at the SEC, these 4 fraudulent were able to persuade around 100,000 people and were able to extract around 82,000 bitcoin, which costs around $295 million, in the whole multi-level marketing scam. As per the claims by the SEC, all four individuals in the scamming process were able to take away huge amounts of returns from their investors.

The trade Coin Club Scam was executed by considering the mechanism of interest of investors in digital assets. The chef of convicted, Braga along with his fabricated team of three investors pitched that their investments through this club will be managed and carried out by the fintech robots, which will be able to complete millions of micro-transactions per second.

On all of these bot trades, the investors were allured to be given at least a 0.35% return on their investment, each and every day. This resulted in huge amounts of retail investor’s investment into this club and all this invested money was siphoned off by these 4 court convicted individuals. The faked bot transactions in the club were never by any bot and it was just a fabricated pitch by the team to lure inverters to get into this club.

The investments which were done by these club founders were also invested by them from some other investors and it was not earned from any bot trades and profits. The case has been filed for all the scams with the SEC and if the defendants are found liable for the investigations and all cases, these 4 club members will be required to return investor’s funds and they will be finned with huge civil fines by the SEC.

The court can also bar them all from participating ever in another multi-level marketing clubs or organizations or crypto investment ventures. According to Federal Trade Commission reports, between January 2021 and April 2022, the native Americans lost over $1 billion in fabricated crypto-related scams.