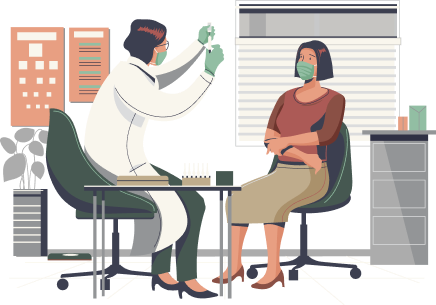 The servers of the website and application for the official registration of the Covid-19 vaccination experienced a crash on Wednesday, April 28 at 4 p.m. when it got overloaded by too many Indians trying to rush to register for the vaccine. Unfortunately, this was expected to happen when the servers for registration for the vaccination for people between 18 to 45 years opened up at 12 a.m. on April 28 .

The problem was however solved when Aarogya Setu app started working properly without glitches again. Soon, people were able to access the Co-WIN website for registration but the application for the same still did not work.

Along with Aarogya Setu and Co-WIN, the servers of Umang app also experienced a crash.

Co-WIN is a platform for the citizens of India to Register for COVID-19 vaccination and schedule their vaccination slots at the nearest vaccination centers.

The Indian government had announced to open the registration for Covid vaccination between 18-45 years old and that it would commence through the Co-WIN and Aarogya Setu apps. However the registration was postponed from 12 a.m. to 4 p.m. on April 28. The message regarding the postponing of the registration was sent to the public by a Telegram Channel- MyGov.

A lot of people waiting eagerly to be vaccinated even stayed up till 12 a.m. on Wednesday, as the anticipation among the citizens of the age group 18-45 years was high for the registration for vaccination to open up. However, their hopes were let down when the message still read “currently registration is allowed for citizens older than 45 years only.”

The irritated users who were waiting eagerly for the registration then took over to Twitter to complain about the servers crashing. Earlier, the users had also been complaining that they weren’t receiving the one time password (OTP) required to login to the apps.

The server crash did not surprise the authority as it was expected before-hand itself.

These type of server issues and glitches come with poor IT infrastructure to cut costs because maintaining a server is an expensive task. The crash of Co-WIN isn’t the first time any government website and servers have crashed or have faced overload issues. Indian Railway’s IRCTC website often repeatedly faces server crashes as well.