Shaili Chopra speaks to Techstory about life as an entrepreneur ! 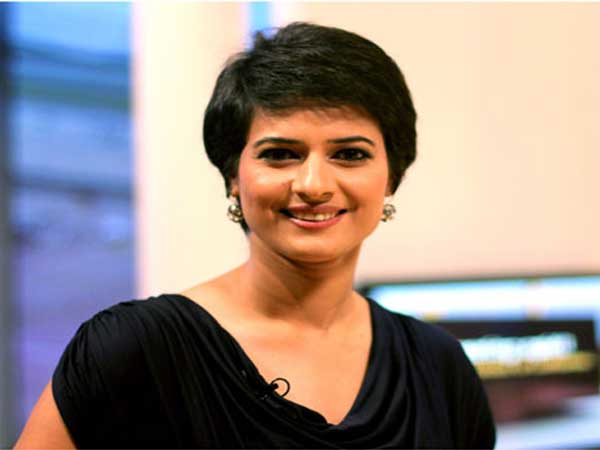 Shaili Chopra is an award winning business news Presenter and Editor.  Shaili writes a popular golf column Tee Off With Shaili Chopra for the DNA and earlier wrote for Tehelka. She’s worked with NDTV, ETNOW and interviewed leaders like Warren Buffett, George Soros, P Chidambaram, Mukesh Ambani, Ratan Tata and many others. She holds the Ramnath Goenka Award for Excellence in Journalism, considered highest honour for Indian journalists. She spends a lot of her time moderating high profile business discussions. She is currently busy promoting her second book The Big Connect: Politics in the age of Social Media and working on her venture golfingindian.com. Techstory spoke to Shaili about her very successful career as a journalist and her new role as an entrepreneur. Read below to see what she has to say !

1. Shaili, we know that you have had a very successful career as a journalist. What inspired you to write your book ‘The Big Connect’ and also to start golfingindian.com ?

Every day is an inspiration for me. I love new ideas, new formats, experimenting with unique and creative streams. The Big Connect was my second book, after ‘Birdies In Business- Life Mantras from the game of Golf’ and it really was a compelling subject because India was in the midst of its most prominent election of all times. As a democracy we were experimenting with digital, with media campaigning like never before and more importantly using the media of all kinds to sell the promise of a ‘new India.’ Capturing all the din, analysing the democratic process on a democratic platform like digital media was simply something that had to be documented. I did a dipstick check on book stores for a book on politics and social media and there was none. I wasn’t going to let that opportunity go by. Golf is something that runs in my blood. We are a family of golf lovers and I enjoy the sport. I have always believed one should foster a sport and do everything one can to bring it to prominence. My show on NDTV and later on ETNOW really were pioneering efforts to put golf on the television map. Now that tv watching is waning and digital is taking prominence I felt I had to capture that for a growing segment of people who tap their phones for all the golf news. Golfingindian.com is a confluence of my passions with what the industry desperately needs. I am very proud to say it has grown to be a unique platform and the parent of the India Golf Awards.

2.Giving away the comforts of a high profile job and venturing on your own can be tough. Do you have second thoughts at times ?

There are no great jobs, there are only great people. If one removes oneself from being attached to ‘a’ job, one would possibly chase excellence. That’s been my motivation. I tend to quit at the peak of my roles so I remembered for the good work done but also because it gives me the encouragement to enter an uncharted territory. I believe I had to move on to something new, where I would grow much more. I don’t like anything to get comfortable and the ‘comforts’ of a jobs can make you complacent too soon. I was hardly thirty by when I had already garnered over 12 years of television primetime experience. Now what? That’s the question that drives me.

3. How do you motivate yourself to keep going ? What advice would you give entrepreneurs like you who come from a high profile job ?

Motivation and confidence are central to doing anything. I am too young into entrepreneurship to give contemporaries any advise but yes with my media and television experience I can definitely say that handwork always pays. I count myself among successful young leaders of this country and it’s been a spectacular journey forward. I have lassoed my life in to exploring unknown areas, and it’s an enriching and learning experience. If you believe in growing as a person, as a professional then you need to press the start button not once or twice but many times. Every new start brings new stories, new successes, new journeys and more.

4. Tell us more about your venture golfingindian.com.

I founded golfingindian.com on January 1st, 2013 with some savings and have grown it into a company of over six people and about twenty columnists. We expect to continue expanding as we are all set to launch our Android APP which will be followed up with an iPhone app and so on. We are a space with global reach and since our inception we have tied up with PGTI – Professional Golf Tour of India and the Women’s Golf Association of India. We see ourselves going places with that kind of reach and being the one space where golfers are engaging with their audience.

5.What can we expect from golfingindian.com in the coming months?

There are a few more golf events lined up and we expect them to be path breaking from the sport’s standpoint in India.

6. Do you see a positive change happening India in the startup sector ? What is your view about the future of entrepreneurship in this country?

Of course !  We are more than a billion people with many billions of ideas. I see tremendous opportunities for people to explore. There are stories and opportunities for entrepreneurs in our neighbourhoods and ideas are waiting to be turned into ventures in every nook and cranny. I am very pleased to have interacted with mentors, entrepreneurs, professionals and more.

7. As a women entrepreneur, what will be your advice to other women setting up their own ventures ?

The future is female. Women empower, engage and elevate and the more such women join the workforce the better it is for the nation’s economic progress.

8. Any favorite quotes that keep you inspired ?