Shiba Inu is all the rage on Twitter right now!

Twitter is bearing witness to a torrent of tweets as Shiba Inu continues its glorious stride breaking and making records. As discussions rage, the coin has become the current hot topic and too hot to handle for some. Although it is a known fact that the abrupt rise to glory of crypto can be quite deceptive, the high ride of Shiba Inu has been quite commendable and worthy of attention. And attention, it is gaining in large amounts as Twitterati cannot keep calm about this meme coin that has now stepped in line with the crypto giants. 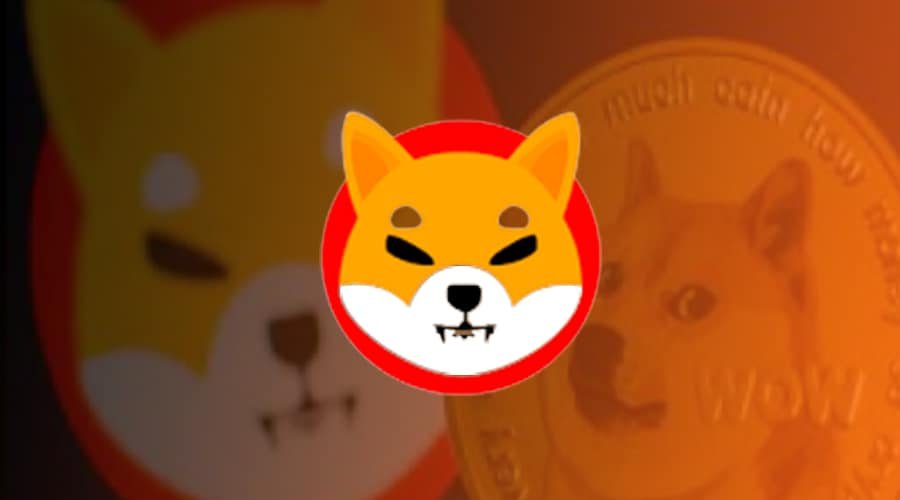 The Rise To Glory

Shiba Inu had gathered a lot of hype and popularity owing to the various tweets by Musk and his pet Shiba Inu puppy, Floki. The cryptocurrency had a permanent place in the trending lists as the hype was building up. Although earlier this week Musk clarified that he doesn’t own any Shiba Inu coins, the coin has maintained a steady stride up.

Its record climb in prices had attracted a lot of attention, and even on Thursday, it managed to maintain its bull run climbing up to a whopping 37 percent. However, it slumped by 15 percent a little past midnight. But it cannot be denied that the coin had managed to turn the spotlight on itself for a brief period and this might have a significant impact in the future. For a brief duration, SHIB held the label of being the seventh-largest crypto token in the world. Now that is quite an achievement for a coin that started as a meme token. On Thursday, the Shiba Inu coin also overtook Dogecoin, implying that it is no longer a second-tier meme coin but rather a coin that is all set to get in-game with the established players of the crypto domain.

Talking about cause and effect, the primary reason for the coin’s commendable rise to glory is its dedicated supporters, called the SHIB Army. A set of devoted and dedicated fans can make a whole lot of difference. And Shiba Inu is the perfect proof for that. Apart from the fans and the investors, rumors that Robinhood might list Shiba Inu on its trading platform also contributed a great deal to the popularity and trading frenzy. Although Robinhood has been quite vague about listing Shiba Inu on its platform, the possibility cannot be overruled. Twitter, as usual, has been brimming with reactions and responses ever since Shiba Inu came to the spotlight. Let us flip through a few.

After learning about a digital wallet containing $5.7B worth of Shiba Inu on social media, I’ve decided to give up.

Now that is a chain of unfortunate events.

That is not bizarre at all

Can I have your clients? …and your coffee maker.

If you invested all three stimulus checks in $SHIB, today you would have $2.5 billion pic.twitter.com/aulN7QR7hz

The old saying is right after all, “Every dog has a day.”

Crypto is all about human progress. This is why Shiba Inu coin is now worth more than Dogecoin.

HOW IT STARTED VS HOW ITS GOING #SHIBARMY #SHIB #shibainu pic.twitter.com/vG9Tb5q5mh

#SHIBARMY we really needed this guys. This pullback is healthy for #SHIB .now we can safely shave a 0. Trust me #shibainucoin #hodlers. This is the best thing that could of happened.

Every successful battle has a dedicated army behind it.

I love all #crypto but man that #SHIBARMY is a solid group of people on a mission!! Everyone beating the odds and holding!! Let's go guys!! Keep rallying it!! Are you guys still.buying what you can!!? #SHIB #SHIBARMY #shibainucoin Break em zeros!!! RT for the #SHIBARMY 🚀💰🥇