Sichuan stepped up against crypto mining 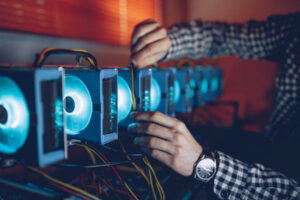 Bitcoin is going through a roller coaster ride these days. While the American countries are gladly welcoming the cryptocurrency, at the same time Chinese cities are clamping down on crypto mining every other day. The reasons for banning mining are said to be the energy consumption during the mining and also the environmental pollution. A similar issue has been raised by the Tesla CEO, while he announced to stop accepting bitcoins as payment for Tesla Cars.

Notably, 65% of the total bitcoin mining of the world is done in China as per a report by the University of Cambridge. The bitcoin miners in China use hydroelectric power as a major source of energy for mining. Sichuan is a city rich in hydropower which is best for crypto mining, but seems like the Chinese government has decided to sweep down the crypto mining from the country completely. Chinese Government is on a mission to root out the entire crypto mining industry. Not only mining but the trading of bitcoin is also banned in China.

The Sichuan Development and Reformation Commission and the Energy Bureau of Sichuan issued a notice on Friday to the power generators and distributors owned by the state to cut the power supply to 26 bitcoin mines in the city. China is aggressively stepping up against cryptocurrency since the beginning of this year. Early this year, The Chinese city Mongolia, also eliminated all the bitcoin mining projects in the city. Another Province in southwestern China, Yunnan also started an investigation against the bitcoin mining companies, claiming that the miners are using illegal electricity to run their mines.

China being the prime spot for bitcoin mining in the world, this attitude of the country towards cryptocurrency can negatively influence the crypto industry to a great extent.

Now all the eyes are on the results of these harsh steps of the Chinese government towards the crypto industry in China. Moreover, Amid all the dramatic announcements, the super volatile bitcoin market is unusually stable for the last two days.