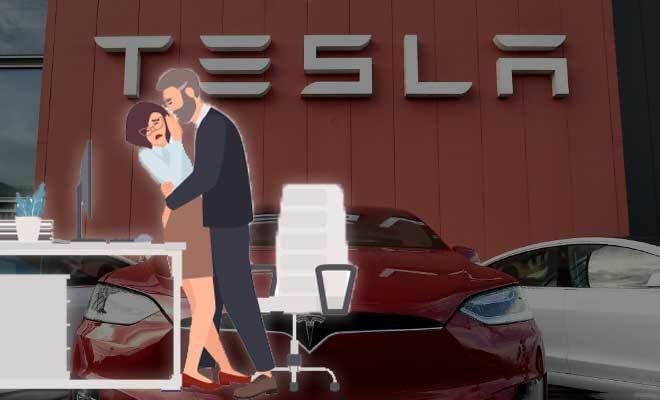 According to a report from The Washington Post, six more women who work at Tesla’s Fremont, California plant and service centre have filed complaints against the firm. Each woman has filed a separate action in Alameda County Superior Court, saying that she is subjected to a workplace culture of sexual harassment.

These latest complaints were filed less than a month after two other women brought similar claims against the corporation.

The six women allege that their male coworkers make sexual comments about their bodies or clothing, as well as abusive behaviour such as catcalling and inappropriate touching. Some ladies went so far as to hide their bodies by wearing baggy clothing – one lady, Jessica Brooks, claims she knotted a flannel shirt around her waist to hide her behind in order to avoid harassment. She even used boxes to barricade herself in her office.

Brooks told The Washington Post that she informed human resources about the problem, but that she was just moved to a different work area as a result. Other women who raised concerns about the behaviour believe they received the same response as Brooks; they claim the problem was not addressed, and they were merely transferred to another part of the plant.

The Washington Post also reports that some women were hesitant to talk to HR about the problem because they believe their superiors were complicit in the abuse.

Please don’t call the manager on me, Senator Karen 🙏

Elon was sending nasty answers to Senator Elizabeth Warren, who tweeted, “Let’s alter the corrupt tax code so The Person of the Year [Musk] will actually pay taxes and quit freeloading off everyone else,” just as news of these cases broke. Musk quickly responded with a tweet that included a link to a 2019 Fox News article titled “Elizabeth Warren is a fraud – Her lies about being Native American disqualify her from presidency.”

In another reply, he referred to her as “Senator Karen,” an allusion to the image of a petty, obnoxious, and entitled white woman.

She claims she was subjected to catcalling, physical groping, and unwanted comments, just like many of the other women who have sued Tesla. And just a few days ago, another woman, Erica Cloud, filed a lawsuit against Tesla for sexual harassment and retaliation, with claims similar to those made here.

Tesla was sentenced to pay $137 million after a Black employee claimed he was subjected to racism and prejudice at the California facility. A class-action lawsuit alleging a discriminatory workplace culture has also been proposed.

“Elon Musk tweeting a lewd comment about women’s bodies or a taunt toward employees who report misconduct reflects an attitude at the top that enables the pattern of pervasive sexual harassment and retaliation at the heart of these cases,” says attorney David A. Lowe, partner at Rudy Exelrod Zieff & Lowe, who is representing the six women.