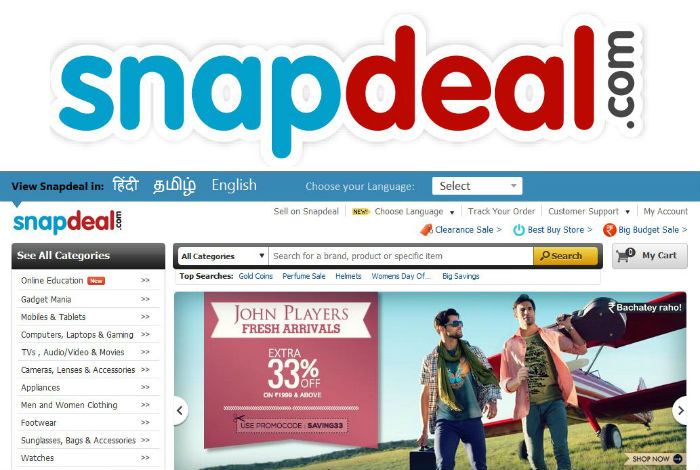 Snapdeal, one of India’s largest e-commerce player will soon be announcing its 7th acquisition, the company’s founder and CEO , Kunal Bahl has said.

Although Mr Bahl refused to comment on the particulars of the acquisition and name the company, there are speculations that it could be a fashion portal. Snapdeals rival Flipkart had acquired fashion portal Myntra last year.

The Indian e-commerce space is buzzing with organic and inorganic  growth activities.

In 2015, Snapdeal is expected to spend 60% of its budget towards tech ramp up that will include  acquisitions, top management hiring and for its recently opened development center in Bengaluru.

Till now the company has acquired Grabbon.com, esportsbuy.com,  Shopo.in, Doozton.com, Wishpicker.com, Smartprix.com.
In another news, Snapdeal is also said to be in talks with investors including international hedge funds to raise $400 million. This could increase the company’s valuation to about $4.5 Billion, almost doubling since October.