SoftBank Group Corp. files for a SPAC. This is for the very first time that SoftBank is filing for an SPAC 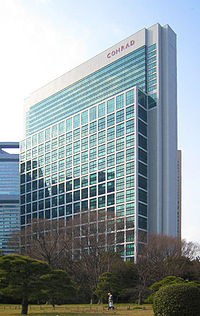 On Monday, December 21, SoftBank Group Corporation is all set and looking forward to filing for a SPAC (Special Purpose Acquisition Company) to raise a surplus amount of nearly $600 million through an IPO (Initial Public Offering) according to an Axios report. Axios also reported that SoftBank is moving in the direction of creating additional SPACs.

The creation of SPACs by investment groups and companies is for the purpose of raising money through the sale of stakes to either entity like private equity funds or the public. The SPACs on their own have no business operations but rather use the funds to purchase an existing company.

What does SoftBank deal with?

SoftBank Group Corporation is a Japanese conglomerate holding company that is headquartered in Tokyo, Japan. It owns stakes in companies related to finance, energy, and technology. Vision Fund is the world’s largest venture which focuses on technology and has over 100 billion dollars in capital. SoftBank operates in e-commerce, technology services, finance, semiconductor design, media and marketing, telecommunication, and the internet.

The company was founded in 1981 by Masayoshi Son who then a 24-year-old and was originally intended to distribute software. The company went onto becoming Japan’s largest publisher in the domain of technology and computer magazines. In 1994, after the company went public, it was valued at $3 billion.

SoftBank hasn’t used any SPACs previously according to Axios. The fundraising that is to be initiated on Monday will be used to acquire those companies in which SoftBank doesn’t have any stake currently. The bankers involved are from Goldman Sachs and Citigroup. Bloomberg noticed that the head of the SoftBank fund who will direct the new speculations told the news administration in October that subtleties of plans for the SPAC would be declared “within fourteen days.” Bloomberg said the purpose behind postponing was obscure.

After asset sales and other moves were not able to deliver the likable market valuation for SoftBank, it considered taking itself private. According to SPAC-Insider, 242 SPACs have been shaped in the U.S. in 2020, contrasted and just 59 in all of 2019 and altogether less in earlier years.

SPACs have a fixed period of usability which is typically for two years after which their patrons should restore any cash raised to speculators. The methodology’s large risk is that an obtaining organization will be made, yet reasonable procurement targets won’t arise.