According to an Economics Times report, Japanese conglomerate Softbank executive Lydia Jett who recently stepped down as a director at Snapdeal, joined the board of Indian eCommerce giant Flipkart. 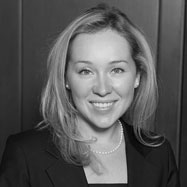 According to Jett’s LinkedIn profile, she looks after consumner internet and e-commerce investments at Softbank Vision Fund. The Vision Fund is an investment fund backed by sovereign nations Saudi Arabia and the United Arab Emirates as well as tech giants including Apple, Qualcomm and Sharp. It has raised $93 billion so far.

Jett has been with the Softbank since 2015. Before Softbank, Jett had worked with Goldman Sachs, JP Morgan and M/C Partners. She has an MBA from Stanford University.

Softbank and Flipkart has not given any official statement till the time of filing this article. Also, ET has not specified about the source of this information.

Jett has resigned from the board of Snapdeal. Saurabh Jalan, an Investment Professional at Softbank Group US replaced Jett at Sanpdeal board.

Softbank had invested about $2.5 billion in Flipkart in August this year. Besides Flipkart, it has invested in cab sharing firm Ola, Digital Payments firm Paytm and Oyo Rooms. It also holds a board seat in Indian Digital Payments platform Paytm.