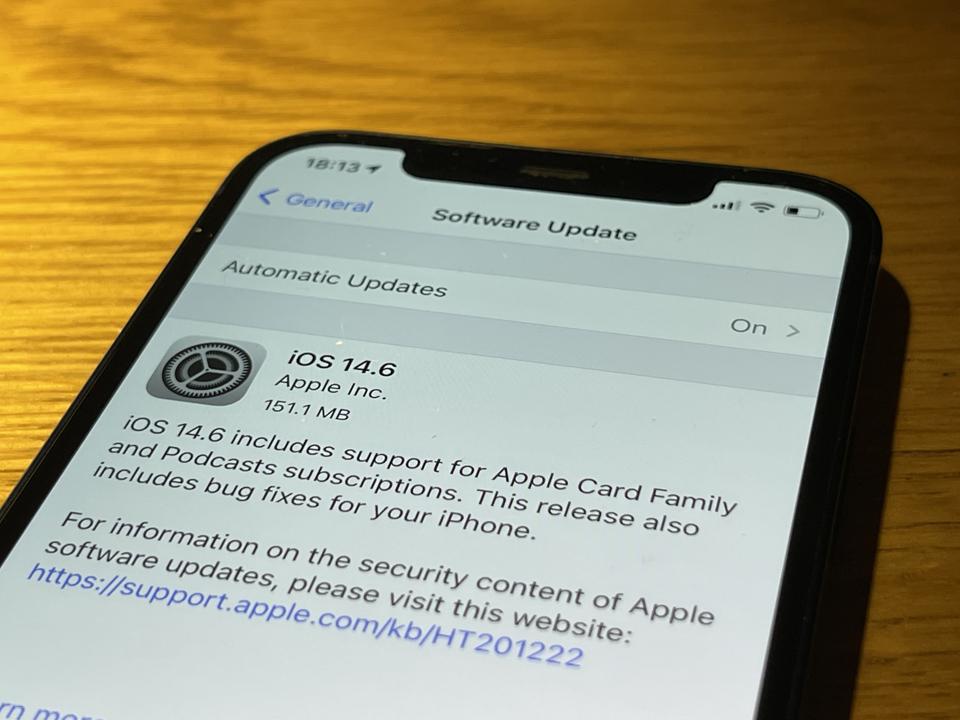 Apple has recently released iOS 14.6 for users worldwide along with macOS 11.4 and WatchOS 7.5. When installing the update, it mentions the headline feature ‘support for paid Apple Podcast Subscriptions’. Other than this, the iPhone software update contains bug fixes and improvements.

As you install iOS 14.6 on your iPhones, Apple Podcasts will prompt and offer perks like ad-free listening with Podcast paid subscription plan along with multiple other perks.

Starting today, AirTags are also getting an option to Lost Mode in which users can add their email addresses instead of phone numbers for an added layer of extra security. With iOS 14.6 update, when a user loses an AirTag or finds a lost one, tapping with an NFC capable smartphone or device would show the owner’s email ID and partially obscured phone number.

iOS 14.6 was speculated to introduce support for Apple Card Family and the feature is finally here. It allows users to take advantage of Apple’s Family Sharing feature with Apple Card. This update was talked about at Apple’s recent Spring Event. Family Sharing allows up to 5 family members to use your Apple card and get access to features like optional limits and family expense tracking. Apple says that anyone from the age of 13 can be invited to your Family Sharing group but only someone who is above 18 years of age can become the co-owner.

Many Apple users from across the world were reporting issues of delayed start-up performance on iPhones, iOS 14.6 will fix that problem. Other than this, some users were also experiencing their iPhones get abruptly disconnected from their Bluetooth devices when on call. iOS 14.6 will also fix this issue and enable smooth functioning of your iPhones.

Apple has also released other software updates like WatchOS 7.5 and macOS 11.4. The main highlight of the WatchOS 7.5 is the addition of an ECG application on Apple Watch which now works in Peru and Malaysia.

On the other hand, macOS 11.4 now includes support extended GPU support for AMD RDNA2 video cards including 6900XT, 6800XT and 6800, as mentioned in a report by Engadget.

Users can manually go to Settings app> General> Software Update. There you will see iOS 14.6 update, simply click download and install to install iOS 14.6 on your iPhones.