Someone Bought a CryptoPunks NFT for $443, Sold It for $4.4 Million in Ethereum

CryptoPunks are regarded as the pioneers of NFTs, not just because of their history—they were launched in 2017, well before this year’s boom—but also because of how much they’ve impacted different NFT units since then. 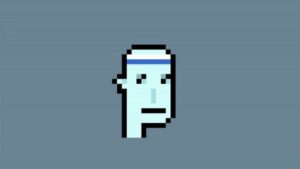 Do you want to know how much their value has increased in recent months? Here’s an excellent example of the recently popular unfathomable value multiplier.

Have you seen this CryptoPunk? It’s #2338 out of a total of 10,000 collectibles, and it’s one of just 88 Zombies in the entire set, not to mention one of four “Zombie Mohawk Thin” versions.

It merely asked for 1,500 Ethereum, which at the time of sale was worth $4.38 million. That makes it one of the most expensive CryptoPunks available at this time, while the cryptocurrency’s fluctuating value means that rankings change depending on the amount of ETH spent or the current value in US dollars.

In any event, while the dollar’s value has risen dramatically in recent years, the magnitude of the increase is even more astonishing. According to information from CryptoSlam, this CryptoPunk was purchased in November 2018 for only $443 (3.5 ETH). All things considered, it’s just short of a 1,000,000 percent return in less than three years.

Of course, CryptoPunks were first handed away for free to everyone with an Ethereum wallet who claimed one in time, but their secondary market value has surged as the NFT market has grown over the last 12 months.

According to the designer Larva Labs, CryptoPunks has been sold for $878 million in the last year.

One CryptoPunk sold for $11.8 million to DraftKings board member Shalom Mackenzie at a Sotheby’s auction in June, while another was offered for $5.4 million in ETH last week. In fact, the well-known investor and social media influencer Gary Vaynerchuk purchased a CryptoPunk NFT for $3.7 million last week, despite the fact that the 1,600 ETH he spent would have been worth $4.6 million right now due to the current spike in the value of Ethereum.

When asked about the criticism of his funding, Vaynerchuk told Decrypt this week, “I have a lot of empathy for people’s curiosity, cynicism, or debate, but I have enormous trust in this asset.” “I’m sure the same could be said about a Jackson Pol.”Yesterday, the cheapest CryptoPunk on the market sat at just over $100,000 in ETH, marking the first time that the ground has broken beyond the $100,000 barrier.

According to Larva Labs’ official tracker, the cheapest CryptoPunk available for purchase today is just under $150,000. The rising value of Ethereum is a factor, but as data from CryptoSlam shows, people are also buying up the cheapest Punks in droves right now.

Last night, Vaynerchuk tweeted, “The next CryptoPunk floor sweep is truly going to have everyone in a TIZZY.” It’s already happening less than a day later.

Do read: Coinbase now allows cryptocurrency customers to pay with Apple Pay, and they can withdraw up to $100,000 at once.