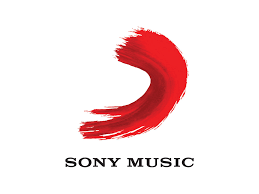 According to news reports, Sony Music Entertainment has filed for a trademark application for NFT and metaverse. According to reports more companies are attempting to register themselves under, NFT. As per an estimate, the NFTs have received the highest number of applications this year. This number is greater than the application filed, for the metaverse. Reportedly, until August 2022, close to 6000 applications have already been filed under, NFTs.

US Trade and Market officer, Mike Konudouis wrote on his Twitter handle, that Sony Music has filed a trademark application for the Columbia Records logo.

The application filed by Sony also encompasses marketing services, promotion, distribution, advertising and online entertainment which contains podcasts and audio-visual recordings. Reports bring out that, the American company had application for NFTs comes amidst the backdrop of a company applying for a trademark for its other products.

Non-fungible tokens (NFTs) which are believed to be representative of real-world items are unique assets existing in the virtual world. The NFTs have unique codes and metadata which help them distinguish between each other.

Reports bring out that the number of NFTs in the previous year this number was down to slightly above two thousand, according to data provided by the attorney. According, to research conducted, by a research company, the market of NFT is expected to grow further from 3 billion dollars, to 13. 6 billion in the next five years. The same report brings out that the NFT sector is expected to grow at a compound rate of 35%.

As per reports, the NFTs are used to eliminate the middlemen and felicitate connecting. Reports also bring out they are also used for managing identity. Reports say, that NFTs can easily be used for simplifying transactions and also to create new mark sheets. Much of the NFTs are said to be used for collectables which comprise digital artworks, sports cards etc.

The metaverse is said to be a virtual world. The metaverse is the latest in the process of evolution of the web from web 1.o to web3.0. Metaverse is believed to combine together the technology of VR (Virtual Reality) and AR (Augmented Reality) to provide an immersive experience.