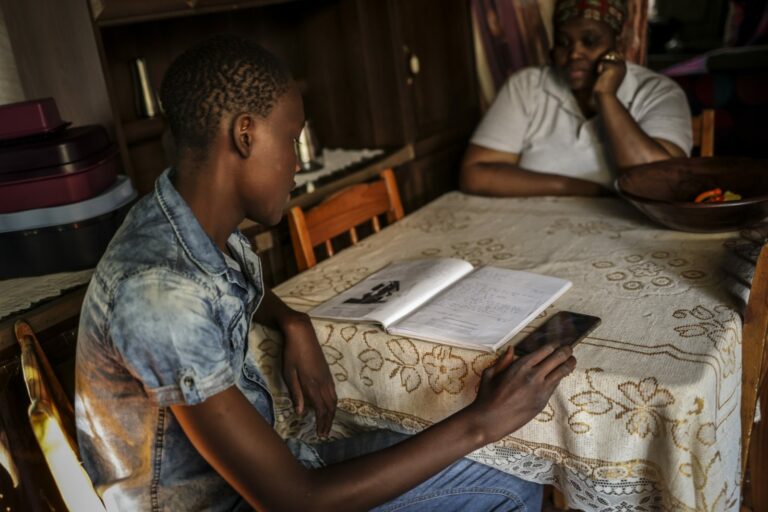 Lunch is a rarity for Thabo, who is 13 years old. As a result, selling his school’s Wi-Fi password earns him a few dollars each day, which he uses to purchase lunch.

Thabo is one of millions of South African youngsters who do not have access to the internet at home. His school’s internet, on the other hand, is intended to be free for kids like him to use. Free Wi-Fi access, on the other hand, is a successful little business for Thabo and several of his classmates, who use it to help keep hunger at bay.

The way it works is that kids share the school’s Wi-Fi password to those who live near the school but don’t have access to the internet or data on their phones for a little charge.

At principle, Wi-Fi in South African schools, such as Thabo’s, is intended for students and instructors. However, many residents in low-income neighbourhoods near schools believe that the free Wi-Fi provided to kids should be extended to homes as well.

While household poverty in South Africa’s townships leads students like Thabo to sell Wi-Fi passwords for cash, there is a great demand for affordable internet connection on the other side of the transaction. Despite having some of the continent’s most modern telecommunications infrastructure and being Africa’s most advanced economy, South Africa is also the world’s most unequal country, according to the World Bank, with a Gini index of 63 in 2014. Even as everything from crucial government services to daily pleasure moves online, families in some of the country’s poorest townships struggle to purchase adequate internet bandwidth for their phones.

This is despite the #DataMustFall campaign, which began in 2016 with South African netizens co-opting the anti-colonialist #MustFall protest hashtag to call out local telecomms players for allegedly high internet connection fees, even when compared to other African countries. Within a few years of the campaign’s debut, a government body ordered South Africa’s major telecoms firms, Vodacom, MTN, and Cell C, to drop data charges by up to 50% in some cases.

In essence, the majority of low-income households are still unable to purchase data in order to access critical web services. The majority of low-income township homes, many of whom live below the poverty line of 561 rand ($37) per month, can’t afford regular internet connection since the lowest unlimited 4G data packages cost roughly 450 rand ($32).

Thabo’s school, Tandi Eleanor Sibeko (TES), is one of two schools in densely packed Duduza that offer free Wi-Fi; the other being Asser Maloka Secondary School, where kids were selling school Wi-Fi passwords to Rest of World. Some locals have walked up to 6 kilometres to avoid security and access to Wi-Fi in these two schools in areas where there is no school or public Wi-Fi.