As cryptocurrencies raced higher on a wave of momentum, flow, optimistic news, and inflation fears on Monday, Bitcoin achieved a two-and-a-half-week high, while ether recorded a new high. Bitcoin was last up 3 percent at $65,121, while Ether, the cryptocurrency that runs the Ethereum network, reached a fresh high of $4,711. 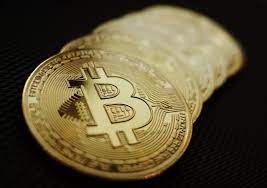 Investors have hailed the introduction of a U.S. futures-based bitcoin exchange-traded fund last month and sought exposure to an asset class that is frequently considered as an inflation hedge.

It’s the latest in a string of good news for cryptocurrencies in the last month. These have been fueled by a variety of market moves, such as the debut of an exchange-traded fund last month, as well as external concerns, such as inflation fears.

As traders prepare for inflation, falling real rates make assets like gold and cryptocurrencies that don’t pay a coupon more appealing, according to Kyle Rodda, an analyst at broker IG Markets, who added that the sentiment in the sector has been positive.

“Financial institutions want to be a part of it, regulators don’t want to clamp down on it too much,” he said. “We’re almost past the inflection point, where it’s part of the system and it is going to be very, very hard to extricate it.”

In recent weeks, Australia’s largest bank announced that it will provide crypto trading to retail consumers, Singaporean authorities have sounded favorable on the asset class, and the asset class has benefited from the positive attitude in the stock market.

After Miami’s mayor made a similar commitment, New York Mayor-elect Eric Adams stated he would collect his first three paychecks in Bitcoin and pledged to make his city the “hub of the cryptocurrency sector.”

Eric Adams claimed in an interview with CNN’s “State of the Union” that he wants schools to teach children about cryptocurrency technology in order to improve young people’s understanding of how Bitcoin and cryptocurrencies work.

However, the drive to make New York City more crypto-friendly has been met with suspicion. According to Jason Furman, a Harvard professor and former member of Obama’s Council of Economic Advisors, Adams’ crypto proposal is a “bad economic plan for NYC.”