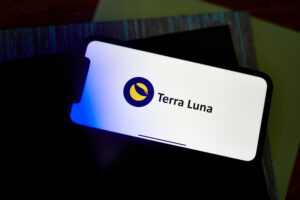 TerraUSD is the stable coin of the company. The value of the paired token, Luna of the corporation sank in May which led to the sale of shares at low price and giving rise to a domino effect that brought some big companies in the crypto market into major problems. The stable coin was supposed to be fixed 1:1 to the U.S. Dollar.

An officer at the Country’s Supreme Lawmakers’ office asserted that several employees of the Terraform Labs were listed in the names of people banned from leaving the country. The official did not wish his name to be disclosed and said that he cannot speak anything more on the concern till the inspection on the matter is brought to an end.

The officials of the country are currently investigating the reason behind the crash of the Corporation. Several employees of the labs of the company have been summoned in this regard. These employees were involved in the company’s early development projects back in 2019. The authorities have asked them for answers and submit related materials regarding the collapse of the Cryptocurrency firm.

One of the staff being questioned by the officials said that even during the initial phase there was a high chance for the company to crash any time and the execs had already warned the CEO about it but the chief executive still wanted to release the coin.

On May 28 the Terraform Labs had released Terra 2.0 in order to re-establish the Terra company. The newly released token was priced at around $18 at the beginning but within a short span it reached $19.53 before it faced a downturn by 71% of its initial price.

The co-creator of Dogecoin had warned people earlier that investing in Terra 2.0 will give them nothing but a title of dumb crypto gambler.

The huge loss faced by the Luna resulted in market disruption for U.S. based crypto lender Celsius. The company had to suspend withdrawals this month. Apart from this the Singapore-based crypto hedge fund Three Arrows Capital was impacted by the loss. The company is planning to sell off its assets.

Even the largest cryptocurrency over the Globe, Bitcoin is at huge loss at present. The Cryptocurrency is trading at a value of about $20,000 which is half of its initial value. The difficulties for Bitcoin came up at the beginning of May, by that time the difficulties with TerraUSD was evident.