SpaceX coming up with a safety plan for Starlink satellite orbits

SpaceX competitors have pointed out that Starlink orbital satellites could harm the space environment. They claim that certain collisions are possible in the coming years. However, SpaceX is in talks with the Federal Communications Commission (FCC) to come up with a Starlink orbital safety plan. 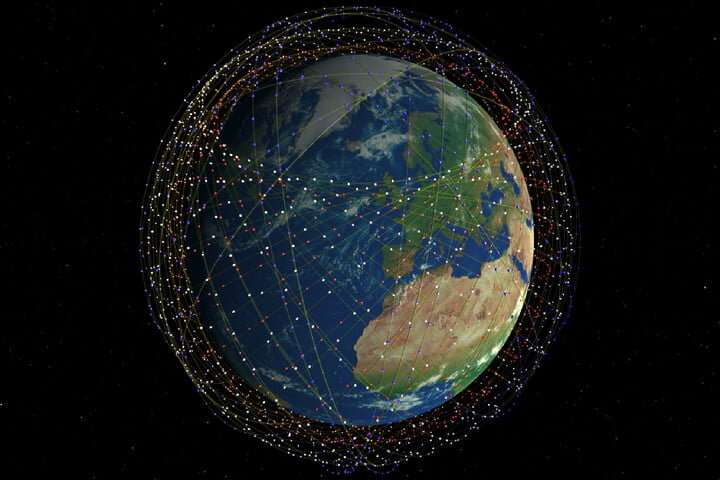 Currently, SpaceX operates 1,740 satellites which means they completed phase-1 from their plan. In 7 years, they plan to have 12,000 Starlink satellites in order to provide internet services to even the remotest places. This internet service is not just in reference to people who live on earth, but should also make the people who go to Mars communicate effectively. It is a far-fetched idea, but Elon Musk’s companies always thought of things ahead.

The claim by competitors is that Starlink can cause “uncontrollable collisions”, known as Kessler Syndrome. But the satellites are already equipped with autonomous maneuvering capability that uses space Debris to avoid collisions. By using the information from the Department of Defense’s debris tracking system the inputs ensure that collisions do not happen.

This year in April, Space’s competition OneWeb received a warning of a possible collision with Starlink satellites from the US Space Force. It was a collision possibility of 1.3 percent. Even one crash could cause a cascading disaster in space affecting other satellites too.

The SpaceX satellites already have krypton-powered ion thrusters which allow the satellites to move in case of a potential threat. Additionally, to avoid a collision cluster, the satellites are designed in such a way that they burn up without forming junk in space. As the company received permits to launch at lower orbits, those satellites can decay easily within 5 years.

SpaceX has been in talks with FCC this month. A PDF document in FCC shows that SpaceX discussed strategic plans for collision avoidance. It is in reference to Starlink colliding with other Starlink satellites. As per the programing instructions, a collision is not possible. It is stated in the document, “Starlink constellation orbits are ‘passively’ deconflicted. Each satellite gets assigned a station-keeping slot,”

Further added, “Every slot is passively deconflicted (via orbit design) against all other slots in the constellation. While satellites remain in their station-keeping slots (via station-keeping burns) they are guaranteed to avoid conflicts with other Starlinks that are also in their slots.” Hence it states that a major collision avoidance system is in reference to other satellites and not another Starlink satellite.

In reference to the picture below, it states, “Satellites can autonomously evaluate risk and plan avoidance maneuvers, without human input. Humans are still present in an oversight role, as an added measure of safety,”