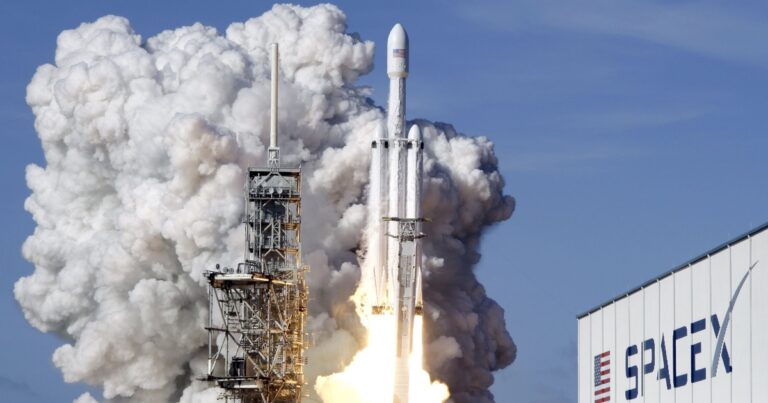 SpaceX completed three successful launches within less than 48 hours on early June 19th. These launches happen amid the company going through the critical conditions within the company as employees state open letters. These launches started on June 17th with Falcon 9. The rocket lifted off from Kennedy Space Center’s Launch Complex 39A.

In the first launch, 53 Starlink satellites were launched into orbit at 12:09 PM Eastern. The booster used in the launch finished the 13th flight with this launch. The launch also set a record for the booster to be reused.

Furthermore, the second launch was at 10:19 AM on June 18th from Space Launch Complex 4E. It is located at the Vandenberg Space Force Base in California. The Falcon 9 rocket launches SARah-e radar imaging satellites into orbit. The satellite was built by Airbus for Germ military as a replacement for the existing SAR-Lupe system. There were restrictions with regard to this launch, as it is related to the German military.

Finally, the third launch was on June 19th at 12:27 AM from Space Launch Complex 40. It is located in Cape Canaveral Space Force Station in Florida. The payload on the launch is identified to be Globalstar FM15. It is a space satellite for law Earth Orbit satellite operator Globalstar.

Several aspects of the mission suggested to observers that Globalstar FM15 was not the only payload on the launch. That included an unusual set of three burns by the upper stage and the droneship landing of the first stage, even though the Globalstar satellite alone, weighing about 700 kilograms, was small enough to enable a landing back at the launch site.

SpaceX initially did not initially provide a video of the payload after fairing separation but did after the second burn. Those views showed not just the Globalstar satellite but also what appeared to be a payload adapter. That could mean the rocket also carried one or more payloads deployed after the upper stage’s first burn. It could also mean, though, that the launch was originally intended to carry additional payloads but launched without them.

Globalstar provided few details about its own satellite on the mission. The company did not publicize the launch in advance. In a statement after its quarterly earnings release on May 5, Dave Kagan, chief executive of Globalstar, said the company was planning to launch that ground spare “in the coming months” that would, along with plans for a new set of satellites ordered earlier in the year, “ensure continuity of service to all of our existing and future subscribers as well as other users of the network.”