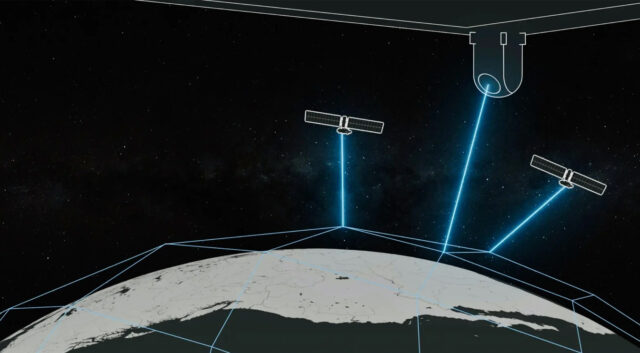 SpaceX Starlink launches “Starshield”, the internet service designed for the governments to use. It supports national security and is designed for consumer and commercial use. Its initial focus is on three areas, Earth Observation, Communications, and Hosted Payloads.

Starlink also has other services including Starlink Maritime for sea-faring vessels, Starlink Aviation for aircraft, and Starlink for RVs for those who like traveling remotely. SpaceX also offers a portability option for $25 per month to Starlink users. All of Starlink’s current offerings provide internet connection for commercial use. Now, Starlink Starshield will offer internet service to governments.

SpaceX stated, “Starshield leverages SpaceX’s Starlink technology and launch capability to support national security efforts. While Starlink is designed for consumer and commercial use, Starshield is designed for government use, with an initial focus on three areas: Earth Observation, Communications, and Hosted Payloads.”SpaceX elaborates a little on each of the uses governments can contract Starshield to do. Under Earth Observation, governments can launch satellites with sensing payloads, and SpaceX will deliver processed data directly back to the government client. Starshield can also provide global communication services to governments. Lastly, governments may contract Starshield to build satellite buses to support customer payload missions.

SpaceX already provides similar Starshield services. Starlink’s crucial role in the Ukraine-Russian War might have spawned the creation of Starshield. Ukraine has been vocal about Starlink’s contribution to maintaining communication among its armed forces and its people throughout the war with Russia.

Starlink has also received praise from the Pentagon. The EU Commission and the Pentagon have considered funding Starlink services in Ukraine. Elon Musk has announced that SpaceX plans to continue funding Ukraine’s Starlink service. The EU and Pentagon’s interest in financing Ukraine’s Starlink connection hints that there is interest in a service like Starshield. It would be interesting to see which governments would avail Starshield services. During the initial phases of the war, Russia attacked Ukraine’s internet infrastructure. Following requests from Ukrainian officials, SpaceX sent Starlink kits over to the beleaguered country, and before long, the satellite internet system became a difference-maker in the conflict. According to Mykhailo Fedorov, the Vice Prime Minister of Ukraine and Minister of Digital Transformation, however, Ukraine was quickly able to restore internet connection in critical areas thanks to Starlink. The services are expected to be much cheaper in coming years as the services expands globally. Also, as the company launches more Starlink satellites into the orbit.