In Hawthorne, California, SpaceX finished assembling Starship with Super Heavy’s 100th Raptor engine. Started in 2012, the raptor engines are an important subcomponent part of the rocket. The achievement is the result of a large team working on it as shown in the celebratory picture posted by SpaceX. 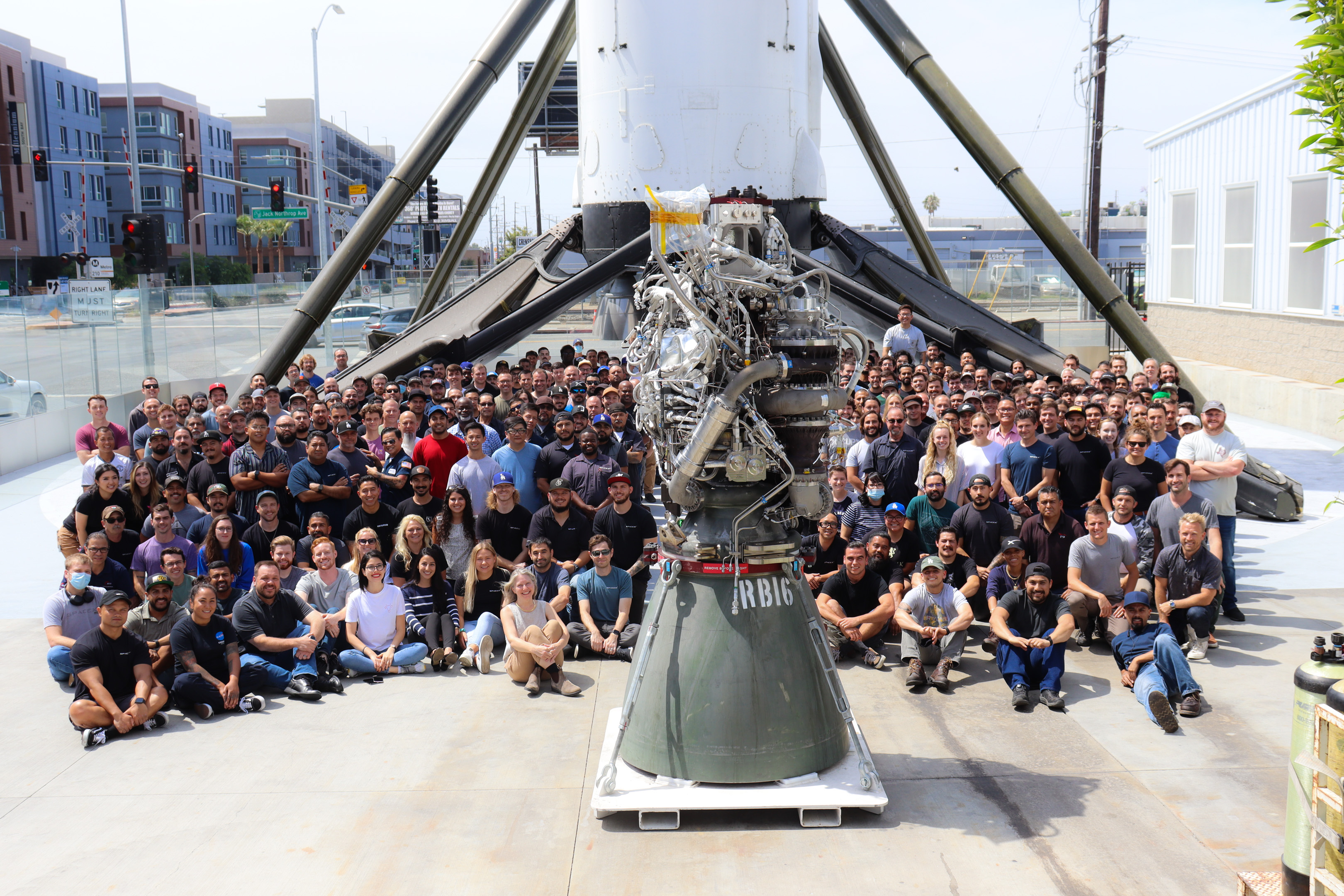 SpaceX is gearing up to send humans to Mars. Starship was initially designed to send people to Mars, is also being explored on how the spaceship could be used.  SpaceX founder Elon Musk said, “It appears that consciousness is a very rare and precious thing and we should take whatever steps we can to preserve the light of consciousness,”

According to the founder, SpaceX would need 1,000 spaceships to set a city on another planet. And the company just finished its first Starship rocket. Now, it is a matter of testing and manufacturing the raptor engines in bulk. As stated by Elon Musk, “Building ~1,000 Starships to create a self-sustaining city on Mars is our mission. Building 100 Starships per year gets to 1,000 in 10 years or 100 megatons per year or maybe around 100,000 people per Earth-Mars orbital sync,”

SpaceX will have to innovate quickly and boost its production facilities, launches, launchpad constructions, and many more. The remarkable milestone is being celebrated on the launch pad Flacon 9 first landed.

Equipped with 36 raptor engines, the Starship is considered the most powerful rocket built. The 100th raptor engined is labeled as RB16, which indicates the 16th SpaceX-built raptor boost engine. Optimized raptor engines are expected to have 230 tons (~510,000 lbf) of thrust approximately. SpaceX heavy booster will have 33 Raptor engines and Starship with 6 Raptor engines, three will be vacuumed for using it in space in the first orbital flight.

For additional information on Booster 3's engine placement. Refer to this diagram below!

Massive thanks to @StarshipGazer for providing super high resolution and detailed pictures which allowed me to figure these positions out. pic.twitter.com/j1s5qHoGJ2

The upcoming first orbital flight of Starship is the most awaited launch this year. Though the Raptor’s first flight SN8 launch 15 months ago was a successful one, the landing failed. Later the SN15 landed successfully and demonstrated mid-flight reignition. Their team worked on various prototypes and launches to come to the 100th raptor engine and finally completing the assembling of Starship.

As per a recent announcement in Q2 this year,  Elon Musk said that SpaceX would need to work on manufacturing processes. He said, “We are breaking ground soon on a second Raptor factory at SpaceX Texas test site. This will focus on volume production of Raptor 2, while the California factory will make Raptor Vacuum & new, experimental designs. By ‘volume production,’ I mean 2 to 4 engines per day. That’s super high volume for big rocket engines, but low volume by automotive standards.”

As per his ambitious plans, SpaceX would be able to build a city on Mars by 2050 with 1000 raptor engine production capacity per year.

Fellowship of the Raptors pic.twitter.com/Xz3rOsfA2h