SpaceX Starship was stacked recently and possibly went for the testing process after stacking. Interestingly a few days back Musk said that Starship design has a slight error. SpaceX is going to make some visible changes with the spaceship. 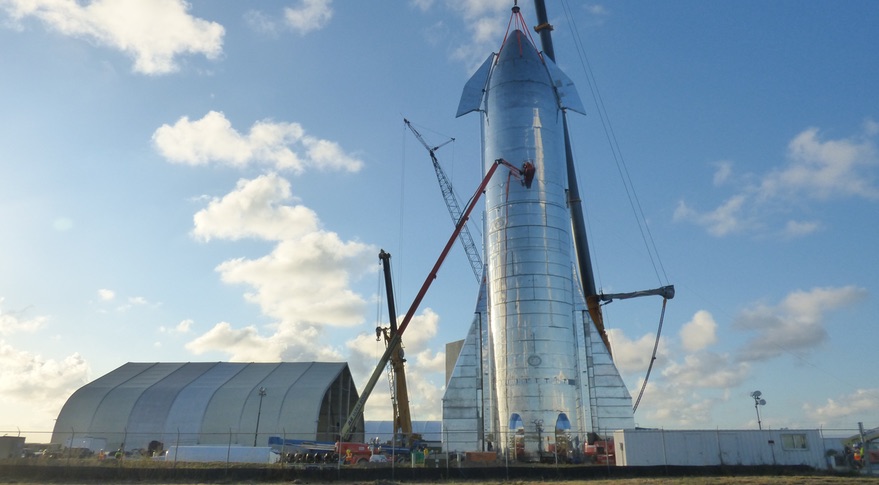 Starship is the most awaited rocket of SpaceX. One day this spaceship will take humans to Mars as pictured by Musk to have to build a city on the red planet. It is 30 ft wide and around 165 ft tall combined with the tanker, spacecraft, and lander of two-stage fully reusable boosters. The redesign is needed with the four flaps attached to the spaceship.

Btw, there’s a slight error with forward flap design. Moving section is needed for control, but passive section is counter-productive, as it pushes nose backwards.

The new design makes the laps smaller and more leeward. This is to improve the moment arm. From December 2020 to May 2021, there were 5 suborbital tests for different Starship prototypes. Only one such flight has a successful landing. Subscale wind tunnel testing and drawing board brought the exotic landing to Starship in reality. The other launches which failed, were mostly like the Starship went to orbit and shut down their raptor engines.

These minor changes allow SpaceX to remove static aero covers wrapped around the flaps. These wraps ensure the sensitive components are not touched by superheated plasma or gas. This means a portion of the heat shield will not be needed if the flaps are reduced in size. It looks like SpaceX will implement the changes from the next test flights and is getting ahead with the regular flaps for now. As the company tries to reduce the material usage and reuse components wherever possible. If the flaps can be changed and also increase the efficiency it is an added advantage.

The surface area of the Starship and low mass before landing give the landing a freestyle natural flow at 100-200 mph. Max complexity and mass of structural winds are avoided.

On August 11, Musk mentioned that without flaps the Starship would be much lighter. The reply came under the tweet pointing out that Space would need 16 launches and the fight is not ready yet. Musk corrected the evaluation and said Starship can take the 1200 ton payload in 8 launches. Further added that without heatshield and flaps the weight of the spaceship was reduced. So possibly 4 tankers are needed to send the payload to the moon.

16 flights is extremely unlikely. Starship payload to orbit is ~150 tons , so max of 8 to fill 1200 ton tanks of lunar Starship.

Blue Origin’s flight with SpaceX continues. SpaceX may not have pressure to compete yet but definitely has to prove itself in coming launches. Starship launches being its most important launches in the future need a design that they can rely on in every aspect.