The South China Morning Post reported Tuesday that Alibaba Group, a Chinese e-commerce behemoth, has launched a marketplace for selling non-fungible tokens on its auction platform. Customers can buy and sell NFTs, as well as license and sell intellectual property, on the executive platform.

According to a report from SCMP, which is controlled by Alibaba, the business wants artists, musicians, writers, and game developers to sell NFTs of their work on the “Blockchain Digital Copyright and Asset-Trade” marketplace.

Creators have already posted a number of NFTs on the service. They’ll be auctioned off next month, with a starting offer of 100 yuan ($15). Bidders must pay a deposit of 500 yuan ($77) to participate. 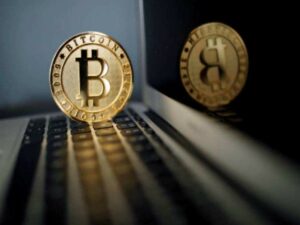 NFTs are blockchain-based digital tokens that include photos, movies, sound snippets, and certificates. Ownership is recorded on the ledgers that the tokens are created on, which is important since while anybody can view an NFT, only one person can own it. As a result, they are frequently sought after by collectors.

According to SCMP journalist Josh Ye, items sold on Alibaba Auction include a painting of a local Sichuan monument, as well as art based on major properties such as “Star Wars,” the video game “Wasteland 2,” and “Grand Theft Auto.” He shared screenshots of the marketplace’s NFTs on Twitter.

The NFTs are minted on the “New Copyright Blockchain,” which is run by the Sichuan Blockchain Association Copyright Committee, according to the report. Alibaba refers to its NFT trading technology as Blockchain Digital Copyright and Asset-Trade.

After a dip in demand in the early summer, digital tokens have made a comeback. In recent weeks, trading volumes on the NFT platform OpenSea have increased dramatically, as more tokens are sold and their value rises. 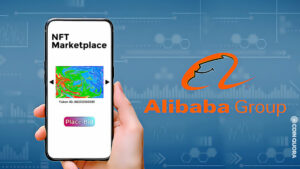 The company enables any content creator to copyright anything and sell the rights (tokens) over the blockchain. The system is based on tokenization. The content creator, who carries a token, owns the copyright. According to the source, the platform has a variety of additional products on its menu, but they will not be available for bidding until September. Alibaba is a Chinese multinational corporation that offers internet services, technology, and e-commerce solutions.

It was created in 1999, but it quickly rose through the ranks to become one of the world’s largest, with $257 billion in assets. It was also one of the first corporations to invest in Blockchain technology.