SpaceX’s SN9 starship is the successor of the SN8 which was a partial success. The latest iteration of Starship, SN9, by the company is soon to be launched as soon as the testings get over. The most recent of which was the firing of rocket engines three times in a day. SpaceX’s ultimate goal with the SN9 is to have a successful high-altitude test very soon. And they would really want that the landing of the SN9 goes well unlike the SN8 that crash-landed. The tests happened on 13th Jan, Wednesday, and were done with a very little time gap between them. The 1st static firing on 13th Jan was conducted at 1:28 PM(EST) while the 2nd and 3rd firing tests happened at 3:22 PM(EST) and 4:36 PM(EST). During these tests, the SN9 didn’t bulge and was stuck to the ground. Elon Musk tweeted about the static fires saying “All three static fires completed & no RUDs!”. He also replied to a Twitter follower saying, “Detanking & inspections now. Good progress towards our “Hop in & go to Mars!” goal.”

As soon as the trials are over the SN9 will rise to heights like its predecessor the SN8 or even higher. The former almost completed the entire testing with ease but crash-landed leading to an explosion. And so Elon Musk and SpaceX must be quite optimistic if they can take care of that the SN9’s mission will be an entire success. The success of this high-altitude testing is going to be very necessary for our goal to reach Mars by 2026.

More about the Starship 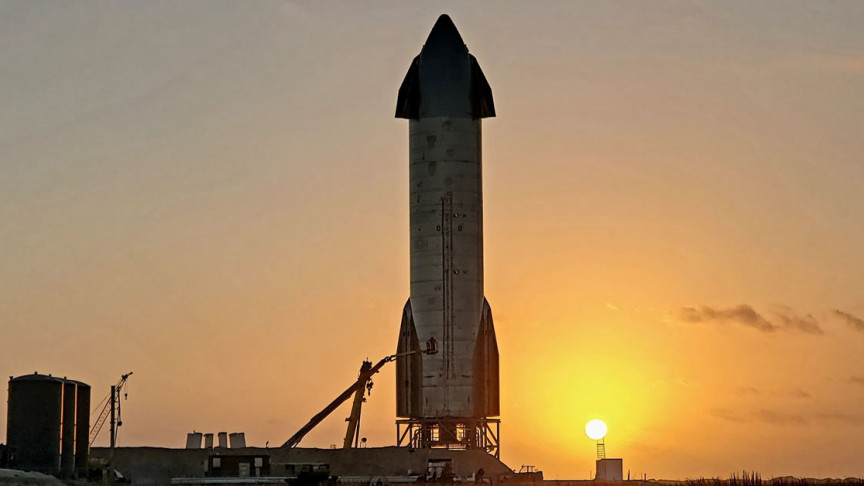 The main goal of the starship is to act as the vehicle for taking humans and payloads to Mars. It is about 50 meters tall and is reusable. The SN9 also uses the latest engine technology of the company. And the Superheavy rocket also features almost 30 of these next-generation engines by SpaceX. SpaceX wants to use the Super Heavy to power the Starship to reach the orbit of the Earth and once that happens, the Superheavy will come back to Earth and land back for reuse. Elon also says that their goal is to get the rocket land back directly on the launch stand.

I think there are at least 2 more static fire tests left for the SN9 before it takes off for the high-altitude test. Elon says that he believes that if everything goes perfectly then we can even reach Mars by 2024. But since Mars will be much closer to earth in 2026 than in 2024, it is unlikely to happen.

What are your thoughts on the static firing tests conducted by SpaceX? And do you think SpaceX’s SN9 Starship will have successful high-altitude testing? Do let us know in the comments below. Also, if you found our content informative do like and share it with your friends.