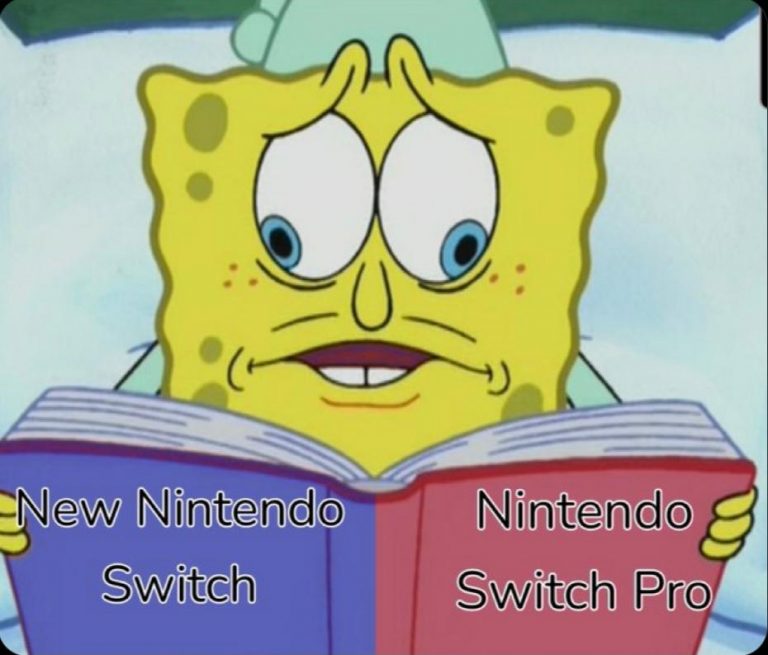 It is always healthy to do a bit of guessing and wondering, particularly when there is a lot of time to spare. And when it comes to gaming, guesswork does do the work at times. Lately, Nintendo has got all the gamers wondering and worked up about the probability of a new Nintendo Switch Pro. And when there is space to wonder, speculations start spinning in all directions. Before long, it takes the hue of humor, and after a while, it is just people speculating on the ridiculous element innate in the possibility. And it is no different for Nintendo Switch Pro. While we still do not know if or not it will be a reality, it is sure giving space for some pro memes and responses on Twitter.

While a good majority find the prospect of a new addition funny, and preposterous, there are a few who are looking forward to it. Well, all that can be said about the speculation game is that there is no shortage of mirth and fun, and with Twitter shaping up to be the pro discussion, speculation, and meme generation platform, it becomes all the more interesting. People are going all out with their funny nerve to make the best strike, and with the generous amounts of spare time in our hands, it is always a pleasure to go through the same. Here is a compilation of the best responses and reactions concerning the Nintendo Switch Pro from Twitter.

Did anybody say gaming is not art? Here is the apt response for that! It sure is getting a bit crowded.

If it really is called the New Nintendo Switch Pro then we got add it to ultimate collage pic.twitter.com/8gFApz3FS9

Even an imminent catastrophe might not have the potential to quicken the heart rate like the Nintendo Switch Pro!

Sometimes, the line between optimism and sarcasm is rather thin. It is rather hard to tell one from the other.

Can’t wait to play this on the new Nintendo switch Pro pic.twitter.com/Kkm13v688A

Talking about thin lines, the one between truth and the opposite is rather thin too.

Nobody says that they did not get a peek into the design.

Clearly, some thought has gone into the naming process.

Nintendo when making the name for the next switch New Nintendo Switch Pro pic.twitter.com/8ZeNkQwfQ9

After a point, it is prudent to just switch than go for another switch.

Well, creativity is the key when it comes to naming.

If it were any company other than Nintendo, I'd say "New Nintendo Switch Pro" couldn't possibly be a real product name.

It is 2021. We have witnessed a pandemic, a rocket going off the rails, and a probable alien invasion. This is nothing to rack our brains over, though some might agree to disagree. Apparently, reality and fantasy are two different things, and at this point, we cannot even tell the difference. Life does resemble a video game with a lot of hurdles and unexpected curveballs at the moment.