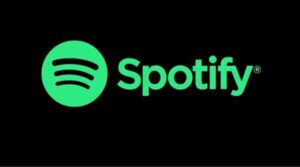 Spotify is testing a TikTok-style music video stream in its app, making it the latest company to integrate a platform for short video snippets.
The feature, which is now in beta for a restricted group of users, will be accessed by tapping a new fourth tab on the lower navigational toolbar named “Discover.” According to insiders, the page displays full-screen music videos of songs as users scroll through it, with the option to “like” or “skip,” akin to the popular social media platform TikTok. “At Spotify, we do a variety of tests regularly to improve our customer experience,” a spokeswoman stated. “Some of these tests pave the route for our overall user experience, while others serve just as valuable learning opportunities. We don’t have any other information to share at this time.” Spotify user Chris Messina first noticed the feature on Wednesday, when he posted a video to Twitter displaying the new video stream in Spotify’s beta version for iOS on TestFlight, an app that allows developers to test versions of their programs.
The new Discover feature looks to be based on Spotify’s Canvas feature, which allows artists to choose films to play alongside their music. According to sources, the videos in the Discover feed appear to be the same as those in the Canvas stream. TikTok has gathered a total of 1 billion monthly users since its inception in 2016. The app’s popularity has spurred other social media companies, such as Instagram and YouTube, to create their short-form video sharing systems. To compete with TikTok, other social media networks have paid thousands of dollars to producers to upload on their platforms.