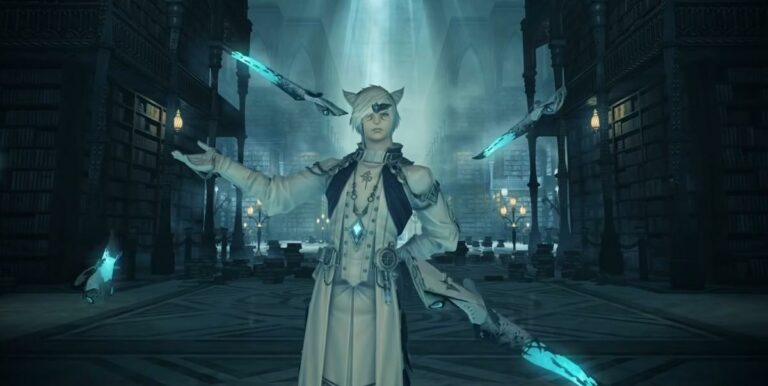 Square Enix’s CEO posted a New Years’ open letter posted on January 1, Matsuda shared that Square Enix has plans for the NFT, blockchain, and the Metaverse. The letter dives deep into several topics like Metaverse but focuses on Matsuda’s excitement over the future of crypto and NFT.

“By creating a viable token economy in our games, we will ensure that games are self-sustaining, “concludes Matsuda. There have been no official announcements for releases yet but we hope to get one this year. In this letter, which is still constantly ridiculed on social media by game developers and gamers, Matsuda does not provide detailed plans or ideas on how Square Enix will implement blockchain technology in their games, what games can NFT be used with. – or evidence of how this controversial technology will improve her video games.

Square Enix has been “aggressive” in research and development in these areas, he stated“To accommodate these changes in our business environment, in the mid-term business strategy that we presented in May 2020, artificial intelligence, cloud computing, and blockchain games are identified as new areas where we need to focus our investments,”. Matsuda notes that Square Enix will focus on blockchain gaming this year, saying that while he understands that most players have “expressed their doubts about these emerging trends,” the company will continue to explore the possibilities. Despite protests, his letters tell us Ubisoft’s stance in the Blockchain into gaming debate. There seems to be very, very little enthusiasm for the ear games that Matsuda talks about in his letter, and highlighting the best incentives for content creators is fragile argumentation at best.

However, it is a good way to make money for the companies behind it. Anyway, there are some gaming companies that have shown no interest in the NFT and blockchain hobby; Valve has blocked Direct Cryptocurrency and NFT games in one of its latest Steam updates, unlike Square Enix, which seems to see huge potential in all of this new technology.

While Matsuda writes that “blockchain-based tokens allow it,” many other game makers have shown that it is possible to create a market for user-generated content without relying on blockchain-based solutions. Currently, the majority of the games are based on live service monetization engines, but adding blockchain and NFT will add another layer to the mix. By creating a viable token economy in its games, Matsuda said, Square Enix can leverage NFT technology and blockchain to power what it calls “decentralized gaming.” He hopes this will become a major trend in the games of the future, and says the inclusion of such decentralized games in the Square Enix portfolio will be “an important strategic theme” for the company in 2022.

He hopes that the introduction of NFT’s into gaming will encourage people to create more user-generated content (UGC), and if he is right this will allow games to be self-sustaining. At the end of his letter, Matsuda stated that they will monitor NFT’s views in the game and change their business strategy accordingly. For example, the fabled creator Peter Molyneux is creating a “blockchain business simulation”, while Ubisoft has revealed its plans to make blockchain and NFT games.

In 2021, several game giants including Ubisoft, Electronic Arts, and Epic Games have expressed interest in introducing irreplaceable tokens or NFT and blockchain technology in their games in the coming days. Video game publisher Square Enix caused a sensation among its fans after announcing that it would invest in non-fungible tokens (NFT) and Metaverse technology in 2022. The video game publisher launched Quartz, a new platform that allows players to earn, collect, and trade NFTs in so-called digital forms. Despite the popularity of blockchain games in 2021, it turns out that the gaming community is a difficult problem in meeting new trends, and even Edward Snowden recently criticized NFT for “diving into the game.”

Despite Matsuda’s enthusiasm, controversy continues between blockchain technology, NFT proponents, and the traditional gaming industry. This shift to NFT and blockchain is evident in the activities of other publishers and developers around the world. Regarding NFTs, President Matsuda said, “With the advent of NFTs using blockchain technology, the liquidity of digital asset transactions has increased significantly, and as a result, various digital assets are trading at high prices. All of this and more prompted Matsuda to say that this ecosystem “underpins what I call decentralized gaming,” and he hopes will become a major trend in gaming in the future.

“This ecosystem is the core of what I call “decentralized games”, and I hope this will become the main trend of future games”. Square Enix President Yosuke Matsuda, the gaming company behind multi-billion-dollar franchise rights such as Final Fantasy, detailed the next steps to incorporate new blockchain-based technologies into his New Year’s plan. Matsuda explained the surrounding corporate strategy details how Square Enix will integrate them into the upcoming game. We can all agree that blockchain hasn’t received one of the warmest welcomes. 2021 is gone and now it’s time for 2022 with big publishers gearing up for releases. Is it the year when crypto and blockchain enter gaming is yet to be seen?.