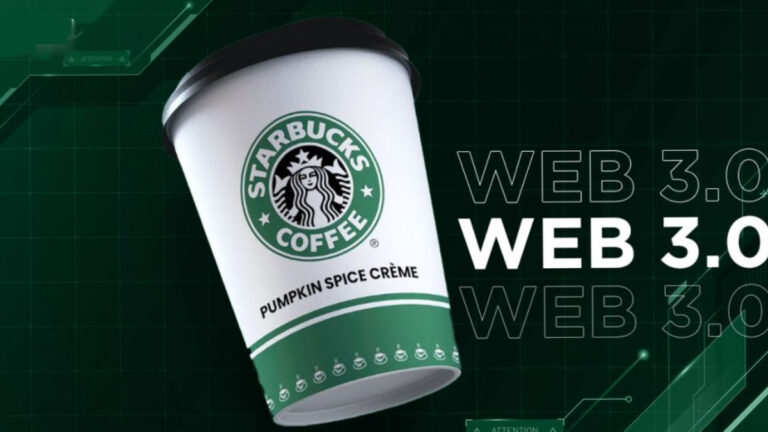 We all know that, Web3 technology has been successful in attracting the millennials and GenZ around the world. The technological advancement, the logical thinking, the complexity of mining the cryptocurrencies, the bullish and bearish phenomenon, all have been accepted by today’s generation and to be fair, cryptocurrency in particular from the Web3 world is in its pursuit to revolutionize the entire financial market across the globe.

Starbucks, one of the most popular coffee chains in the world, is also the world’s largest coffeehouse chain. If the estimates are to be believed, the franchise has 33,833 stores spread across the borders of 80 countries. According to the recent news, it is believed that Starbucks is mending its way in Web3’s direction, potentially, to acquire more Gen Z customers and to efficiently handle the already existent customers with the franchise.

Recently, Starbucks, showed its interest in launching a new Web3 rewards program to attract and retain customers. The CEO Howard Schultz was ecstatic about the program’s launch. Schultz mentioned that Starbucks will soon launch a new Web3 “digital project” that will enhance the company’s loyalty programme during the company’s fiscal Q3 results call on Tuesday.

The new digital program is tipped off to engage with the emotional quotient of the customers. The new program will basically be an upgraded version of current reward program which is of the module Spend-to-earn.

The company was also in a good position when the CEO made his comments, as the company had managed to beat the estimates of an expert, with a 9% over quarter bump to record a global revenue of around $8 Billion.

According to the CEO, the primary goal to integrate web3 in its reward program was to entice the youth and to hold the existing customers. He added, the company visions to grow and stay relevant at all times and has to act according to the wants and needs of the youth. He also was ecstatic to quote “The company has never been more relevant to Gen Z than it is today!”

According to me, Starbucks has made a smart move to entice the younger generation, to form a new customer base. It is also noticed previously as to how the food industry used web3 and its parts to entice customers by announcing reward programs. Web3 based reward programs have actually started to become a common instance.