Startups to benefit from the innovation phase in Indian IT industry

With technologies such as social media, mobile, cloud and big data becoming an integral part of running any organization, there is a huge demand from customers of Indian IT firms to provide services in these areas.  With such strong demand from clients Indian IT firms are under a definite pressure to ramp up their capabilities not only in the area of SMAC but also to continuously remain at the top of their game  in the innovation space. And with the startup space in India buzzing with innovations, it comes as no wonder that these startups have captured the imagination of the biggies in the Indian IT industry. 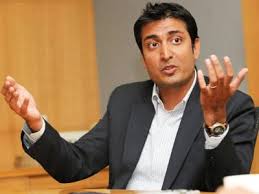 The recent happenings in this area is setting up of a USD 100 million VC fund by Wipro under the leadership of Rishad Premji, the chief strategy officer at Wipro. The company has started exploring opportunities for investments with a focus on niche technologies such as data, open source and industrial internet, among others. Wipro is not the only company trying to spot startups to increase its innovation capabilities. In April 2013, Infosys set up a USD 100 million fund to invest in startups, besides spotting and funding internal innovations. Mahindra Satyam also has a USD 50 million fund to invest in technology startups around the world. “We place a lot of emphasis on innovation and we’re actively promoting it within the company as well, but there is only so much one company can do, which is why we felt it may be good idea to tie-up with start-ups,” added Manish Mehta, chief vertical solutions officer and member of the executive management team, Mahindra Satyam.

Although this trend of funding startups is relatively new in India, this has caught on much before in other parts of the world with several global tech majors such as SAP, Microsoft, Cisco, Qualcomm, IBM and Intel having a VC arms. While these funds are focused on making profitable investments, most of the times they help respective parent companies find a suitable match to add value to their businesses.

The importance of innovation in the  IT space and the role of startups to bring about this innovation was also realized by the National Association of Software and Services Companies (NASSCOM) and led NASSCOM to set up a ‘10000 startups’ program. Through the 10000 startups program, NASSCOM plans to incubate, fund and support 10,000 technology startups in India over a period of the next 10 years.

With such keen interest being shown in the Indian startup space by the traditional VC firms and startups becoming an almost necessary part on the agenda of most Indian IT biggies, the future seems to be getting brighter by the day for the Indian startups.