Stashfin, a fintech start-up company has just raised a colossal $270 million USD in their latest round of funding. This was a Round C of funding and it was primarily led by Uncorrelated Ventures. Other companies such as Abstract Ventures and Fasanara Capital also took part in this round. It also saw the participation of a few other venture capital firms and fund management companies.

The company raised the money through a blend of debt and equity as the start-up company inches closer and closer to attain the status of a unicorn. After this massive investment, the fintech company is now valued at between $ 700 million USD and $ 800 million USD. 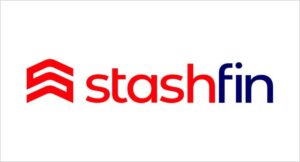 Stashfin is a fintech company that offers small and instant personal loans to their customers. They have very fast processes and approvals which makes the entire loan receiving process quick and simple. They give loans up to Rs. 5 lakhs. Their EMI payment options are also said to be flexible. The company was founded 6 years ago back in 2016 and although its head office is situated in Singapore, they play in the Indian fintech industry.

Despite many fintech companies struggling to receive investments and being forced to adapt to a lack of funds, it is surprising to see a fintech company that is playing in the Indian market to receive such a massive injection of funds.

The company said in a public statement that with these funds, they can scale up their operations all across South Asia and South East Asia which will increase their customer base by so much. They also plan to improve on their existing technology and become more efficient.

Over the past year, the company has been able to grow by 10 times every month and their Annualised Revenue Run Rate is edging closer and closer to $ 100 million USD.

Since the company was set up, they have grown to have over 10 million users and their Annualised Revenue Run Rate is also set to increase by around $ 400 million USD over the next 1.5 years.

The RBI recently said that credit lines cannot be added into prepaid cards and wallets which throws a wrench in to the company’s work and they will have to find a way to circumvent this issue.

The company received an investment of $ 40 million USD just over a year ago.