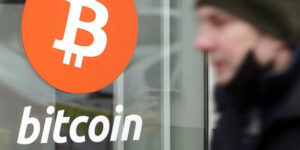 The Department of Banking at Texas stated that the State-Banks can provide the services with proper planning of managing the risk involved. This move of the state towards crypto can bring about a change in the banking industry of Texas and appears to be a fruitful step for the cryptocurrency firms in Texas.

The notice that is issued by the Banking Department in Texas says, the bank can only move ahead with the custody services if they have the “adequate protocols in place” in order to follow instructions by the departments. Though all the national and international banks are known for providing custody services for different valuable assets, the safekeeping of the digital currency is not similar to the custody of the traditional assets as there is nothing present physically to keep or store.

The Similar bill was passed for the National and Federal Banks last year, which greenlighted the banks to serve the customers with the custody services of the virtual currency. There are different options provided to the banks for the custody, which includes keeping the copies of the private keys of the currency holder, and the transaction of crypto to the wallets controlled by the interested banks are also allowed. Now it depends on the risk management and the expertise of the bank, which option they will adopt to serve.

In the notice issued, the department clearly mentioned that the state banks which are going to adopt the custody services have to confirm the risk coverage existence to the government in order to protect the crypto holdings of the customers. There are many other state bank examples in the United States which are successfully providing crypto custody services the consumers such as Nebraska and Wyoming. This is a piece of good news for the crypto geeks in Texas.