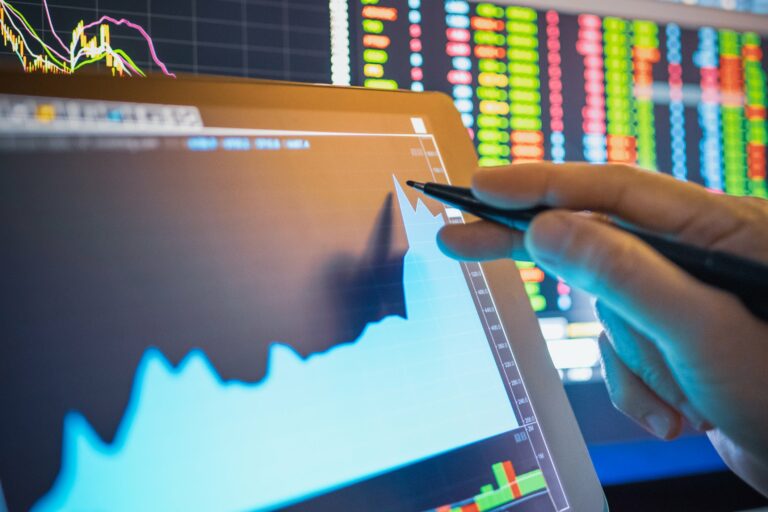 With the year 2021 coming to an end, Wall Street managed to perform reasonably well despite all odds.

The passing of the $1.9 trillion U.S. bill in March, as well as expedited COVID-19 immunization campaigns, fueled the momentum. Improving corporate earnings and a strong retail presence also helped.

Wall Street’s analyst community is broadly optimistic about the market’s prospects for the year ahead. But they’re torn about where exactly those gains will come from. In other words, 2022’s top stocks to invest in could come from numerous corners of the market.

First, we have Mercadolibre (MELI), an e-commerce platform that has been rated a “Perfect 10” since yesterday. The firm supports trade through its marketplace platform, which allows users across Latin America to buy and sell products.

Profits rose as well. The company’s diluted earnings climbed 585% year-over-year to $1.92 per share.

Mercadolibre’s diversified operations and ever-expanding e-commerce strategy should help the firm continue to flourish in the future. Analyst Scott Devitt of Stifel Nicolaus was delighted by the company’s outstanding third-quarter performance.

He writes, “MercadoLibre continues to drive more users to its commerce platform and is seeing stronger engagement and customer satisfaction due to the wider assortment and enhanced logistics.”

Further, Devitt believes that MercadoLibre’s prospect remains appealing in the long term due to its “leadership position in Latin America, the fastest-growing region globally for eCommerce.”

As a result, the analyst reiterated a Buy rating on the stock and a price target of $2,200. This implies about 69.4% upside potential to current levels.

California-based CrowdStrike is about ten years old now as a company but the stock has only been trading for a year and a half since CRWD IPO’d on the NASDAQ. On June 12, 2019, the stock almost doubled on its first day of trading, going from an initial $34 to $63.50 and giving the company a market cap of $11.4 billion.

CrowdStrike Holdings (NASDAQ: CRWD) stock has erased all of its gains and is trading in the red year-to-date. The recent selling pressure has wiped out a significant portion of its value. To be precise, CrowdStrike stock has dropped 30.6% from its recent high of $298.48. Moreover, it is down about 11% in the past month

Fast forward to the end of 2021 and CrowdStrike is currently trading just above $200. That’s a lot of ground to cover in a short period and has handsomely rewarded early investors.

And while 2021 wasn’t the best — the stock is currently down about two per cent year-to-date — Bolton says there’s room for CrowdStrike to grow in 2022.

CrowdStrike’s share price dipped in mid-November after Morgan Stanley initiated coverage of the stock with an “Underweight” rating and $247 price target. Analyst Hamza Fodderwala said despite being a market leader in cloud-based endpoint protection competition in the space is strong from companies like SentinelOne which offers a lower price structure. The analyst also commented that CrowdStrike’s share price has had its share of wins over the previous 12 months.

“We think this competitive dynamic will make sustaining the current pace of share gains more difficult and drive uncertainty on the pace of topline deceleration through 2022, particularly as WFH-driven tailwinds since last year begin to normalize,” Fodderwala said in a report.

During the most recent quarterly update, management’s disappointing guidance certainly hurt the stock. Forecasts of fourth-quarter revenue of $6.9 billion (at the midpoint) and 2022 estimated sales of close to $30 billion weren’t well-received by Wall Street.

PayPal is widely recognized as the leading payments brand when it comes to innovation in the industry. Earlier this year, the leadership team introduced an updated PayPal mobile app, with features like a full digital wallet, high-yield savings account, shopping deals and rewards, and bill pay. The functionality and ease of use are unmatched. Stock-trading capabilities are anticipated to be coming soon.

I think it’s best to take a step back and consider the bigger picture and long-term outlook for PayPal. The business has some positive developments working in its favor as we look ahead to 2022 and beyond.

Few things have given investors more indigestion in 2021 than China stocks. But among the volatility sits one high-growth name investors can trust: online retailer JD.com (NASDAQ: JD).

There are two ways that online marketplaces usually operate. The first model involves operating a third-party seller. An example would be Alibaba allowing sellers to use its platform to move goods. The second method, which is deployed by JD.com, is to control the inventory and logistics while relying only minimally on third-party marketplaces. Whereas Chinese regulators have cracked down on the likes of Alibaba, the control JD.com exerts over its operations makes it unlikely to fall under the scrutinizing eyes of Chinese lawmakers.

As of the end of September, JD had more than 552 million annual active customers shopping on its marketplace, which was up to almost 111 million customers from the previous rolling 12-month stretch. Keep in mind that China’s gross domestic product growth rate consistently outpaces most developed countries. This makes e-commerce a particularly intriguing opportunity in China.

ENPH is among the leading solar and alternative energy names that have been surging following the passage of the Build Back Better bill in the U.S. House a couple of weeks ago, even as the measure likely faces substantial changes in the Senate.

The biggest chunk of money in the bill has been allocated to climate-related provisions, including $320B in the form of tax credits for companies and consumers that install solar panels, improve the energy efficiency of buildings and purchase electric vehicles. The bill also provides financial incentives for U.S. manufacturing of clean energy technologies, seeking more domestic production of wind turbines and solar panels via a combination of grants, loans, and tax credits.

Oil prices collapse in 2020 amid travel restrictions and slumping demand slashed CVX prices by more than half. However, U.S. crude has since surpassed its pre-COVID peak, and Chevron shares have recovered in kind. No wonder then, that optimism about energy prices has Wall Street considering CVX among their top stocks to invest in as we head into 2022.

Even with new COVID-19 variants emerging, global governments are hesitant to lockdown their populations and thereby thrust their nations into economic recessions again. That bodes well for oil-price stability in the new year.

The overall semiconductor industry has seen an incredible period of growth, and many of its largest components are still poised for further upside as the global economy continues to transition toward digitalization. The biggest obstacle to growth, of course, is the rate at which semiconductor firms can produce their highly sought-after chips.

Considered an advanced leader in the semiconductor space, Analog Devices (ADI, $174.38) has been mitigating the impacts from supply crunches and ramped up its output to meet the overwhelming demand for its high-capacity chips.

Nonetheless, more than a dozen analysts have ADI among their top stocks to invest in during 2022, believing the chipmaker is up to the task.

Sur adds that his team thinks the industry is only 40% through the current up-cycle, “which we believe should extend well into CY22 and possibly into CY23.”

Once a social-media gaming giant known for titles like FarmVille and Words With Friends, Zynga (ZNGA, $6.40) eventually declined in relevance as promising sequels failed to find footing and connect with users. However, at the onset of the pandemic, individuals were stuck at home on their phones and tablets. The game developer saw a hike in interest for its hyper-casual time-killing games.

These games are distinct for their minimalist and highly addictive nature and are a part of a rapidly growing segment within the industry.

“The company made a subtle change to its outlook, now targeting bookings to increase by low double-digits, whereas prior commentary suggested this rate of growth would be organic,” Stifel analysts wrote in November following the company’s quarterly report.

“Also, the company has made good progress around the integration of Chartboost, which should deliver $20 million-$30 million in synergies in ’22.

Zynga has been focusing on scaling its business and releasing exciting new titles. Moreover, the increased strategic direction placed on user acquisition and retention has helped in driving ad revenues.

You don’t need to be a math major to figure out what it would take for Peloton to appreciate fivefold in 2022. The stock has fallen nearly 80% through Tuesday’s close since peaking 11 months ago. All it has to do is take out its old all-time high.

It’s a tall order for an out-of-favor company, and the premium home-fitness specialist is clearly in the market’s doghouse. It’s been a series of unfortunate events for Peloton. The stock peaked 11 months ago just as pandemic-tackling vaccines hit the market. With fitness centers and spinning-class boutiques reopening, there was less of a need to make a four-figure investment in a home-based proxy for the real thing.

Things got worse. It had to recall its treadmill after a few tragic accidents involving young children and pets. Recently the premiere of the Sex in the City spinoff And Just Like That killed off the main character after a Peloton workout, even if Peloton did recover from that by quickly turning around a brilliant counter ad.

Another company that Zevenbergen predicts will have revenue growth of more than 50% is data warehousing and management company Snowflake. She first bought shares of the company after its IPO in September 2020. It has steadily added to the position since then during corrections. “Data is the new oil as far as an asset,” Zevenbergen describes, “the need for corporate America. All industries—to gather, maintain and manage their data is ever-growing.”

What’s more, Snowflake “came to the market in a unique way” with a consumption-based rather than software-as-a-service model. Which appears to be the trend that most companies are now going in, she describes. As businesses everywhere continue to go digital, Snowflake is well-positioned to benefit as it helps companies gather and understand data.

While shares rose 19% in 2021, Zevenbergen predicts that the company will continue to sign new deals and build relationships with existing clients. That should help Snowflake deliver solid earnings and revenue growth in 2022 and beyond.