A group of hackers based in China have set their eyes on the energy and power sectors of the Indian government. Over the past few months, many power grids across the nation has been subject to a host of cyber crimes that have originated from India’s direct rivals. The government along with many experts suspect that these hackers are being sponsored by the Chinese government themselves.

According to sources, these hackers have identified around 7 crucial load centers that are paramount to the functioning of society as these load centres are control the grid and supply power near their shared border in the areas of Kashmir and Ladakh. Of these, 7, one load centre has already faced a cyber attack before by another group of hackers known has RedEcho. According to the U.S and Indian government they have a strong suspicion that the hacker group is also based in China and possibly even funded by their government. 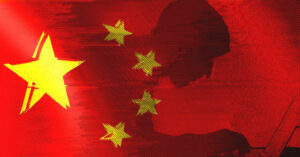 According to a study released by the Indian government, the band of hackers previously found their way in to a national emergency response complex which runs the logistical side of multiple Indian operations and projects.

The band of hackers is known as Threat Activity Group 38 (TAG 38) utilizes a software known as ShadowPad which is an Advanced Modular Remote Access Trojan (RAT), basically a malware that is designed to steal crucial data from the victim’s device and even enables the hackers to communicate to the victims through their own device. This software, created in 2015 has recently been the favourite and go to for hackers around the world the creators even come up with consistent updates to improve anonymity and to make it harder for people and groups to trace the hackers.

The Chinese government has been silent on this matter and is yet to make any public statement or give a reply to India.

Even after both countries bilaterally agreed and signed multiple treaties to de-escalate their military interventions against each other, China continues to carry on their advancement in Ladakh and Kashmir and their cyber-attacks doesn’t seem to be slowing down. India is slowly coming to terms that diplomacy might not be the key for sustained friendship between the two world powers and might look in to other avenues to disrupt Chinese operations too as a retaliation. However, India will have to tread carefully as neither country nor the rest of the world would like the situation to escalate into a military intervention or even a full-fledged war.