Swiss Finance Minister Guy Parmel says 223 Russians, including close associates of President Vladimir Putin, have had their bank accounts and physical assets frozen by Switzerland in the past week. The cryptocurrency prohibitions are an additional penalty beyond EU sanctions.

A senior official with the finance ministry tells that freezing crypto assets was necessary because Switzerland wants to protect the integrity of its blockchain industry. According to a report by CV VC, a Swiss venture capitalist firm, as of December 2021, around 1,128 blockchain companies called Switzerland or neighboring principality Liechtenstein home.

Both cryptocurrency exchanges have said they will comply with government sanctions.

The statements come days after Coinbase and Binance said they would not freeze all Russian accounts following Ukraine’s request to major crypto exchanges asking for a complete ban.

Western countries including the United States and Britain have imposed sweeping financial sanctions on Russia for invading Ukraine, with major Russian banks shut out of the SWIFT international payments system. Russia calls its actions in Ukraine a “special operation”. 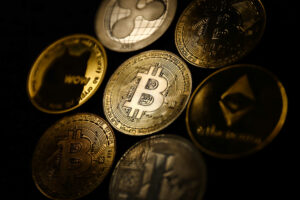 The Swiss president, Ignazio Cassis, said it was possible a precedent had been set, but added: “Never since the second world war has the rights of one country been so violated by another. You cannot stand aside. To play into the hands of an aggressor is not neutral.” He insisted it did not mean Switzerland’s role as an active mediator was over.

President Vladimir Putin said on Saturday that Western sanctions on Russia were akin to a declaration of war and warned that any attempt to impose a no-fly zone in Ukraine would be tantamount to entering the conflict.

Putin reiterated that his aims in Ukraine are to defend Russian speaking communities through the “demilitarisation and de-Nazification” of the country so that it became neutral.

Ukraine and Western countries have dismissed this as a baseless pretext for the invasion he launched on Feb. 24 and have imposed a sweeping range of sanctions aimed at isolating Moscow.