Tata Motors took a sigh of relief when the high court decided to put a stay to the orders of the ruling government in the capital on Thursday 11 March 2021. The matter has approached to the court after a hassle between a concerned consumer and company. The consumer faced a issue regarding the range of Tata Nexon EV as promised and advertised by the company.  The company specified a 312 km range but it was not offered. Hence the consumer resorted to complain and claim for the amount accordingly.

Thereafter, company faced the wrath of Delhi government on the same complaint through the process of delisting the vehicle from the eligible list of electric vehicles. This also led to the removal of vehicle from the subsidy scheme making a huge difference in the MRP of product from Rs 13.25 Lakh to Rs. 16.16 Lakh.  The issue was dragged to the court by the company in order to challenge the withdrawal of subsidy amount.

The Delhi government with an aim to make the city the EV capital of the nation started the subsidy scheme from August 7 2020. The policy made an attempt to improve the air quality index of the city by promoting more purchase of electronic vehicles. The target is to make 5 Lakh electric vehicles in the city by 2024. The amount is directly credited to the owner’s amount as a token of choosing environment first over vehicle.

The delisting took place on 1st March 2021 and thereupon the matter went on to the legal corridors. The high court has issued notice by making it clear to the government to put a stay on the orders and file a counter affidavit for the next proceedings accordingly.

It is generally believed that electronic vehicles & internal combustion vehicles face a issue in their claimed and real range specifications. The responsibility is on the shoulders on Automotive Research Association Of India (ARAI) that is primary authority for testing the vehicles as per the pre-determined standards. The EV ranges show a huge difference as per the study conducted by Autocar in different car models.

Tata Nexon EV has been a premiere SUV and has a great demand amongst the customers. Therefore; the issue although appearing quite technical but then also has gained momentum at a fast pace. There have been numerous instances where such issues have been raised but never a company’s vehicle has been delisted or any action of such high degree was taken.

However the matter of delisting is considered temporary in nature as told by the government and a 3 member committee has been created to look into the insights to take a firm decision after full analysis. Till then the interim relief can be enjoyed by the company.

The clear message this instance raises is that the technicalities of a vehicle complaint should be handled properly as in they involve high stakes involving reputation of the company and monetary benefits too. 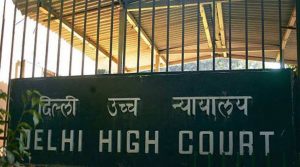 Tata is a trustworthy brand; instances like this can create a misunderstanding involving huge losses.