As a part of the tech in Techstory, we bring you the latest in the technology from around the world under “TECH THIS WEEK!” every Sunday! This week we sawNokia expanding its licensing agreement with Samsung and . Microsoft issuing a statement that it would not be able to achieve its 1 billion user milestone. We also saw AT & T’s that are currently inspecting performances of towers and the reason why Google nixed its virtual reality device idea. In case, if you’ve missed any of those, along with Apple promoting simple song writing royalties, don’t worry just keep reading! 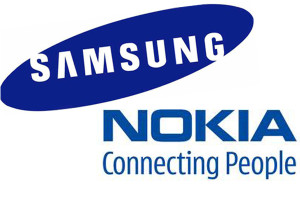 Nokia and Samsung have agreed to expand a licensing deal on Wednesday. The deal grants the two companies greater access to each other’s patented technologies.

Nokia said Wednesday that the expanded agreement covers access to each other’s patented technologies and will push its annual net sales in patent and brand licensing to some $1 billion in 2016.

“With intellectual property portfolios from Nokia Technologies, Nokia Networks and Alcatel-Lucent, Nokia has a wealth of technologies relevant to mobile devices and beyond,” said Ramzi Haidamus, president of Nokia Technologies. “We welcome this expanded agreement with Samsung which recognizes the strength of our assets, and we continue to pursue new licensing opportunities across a number of diverse industries.”

In February, Nokia announced that it expects to receive some 1.3 billion euros of cash between 2016 and 2018 related to its settled and ongoing arbitrations in Nokia Technologies, including with Samsung. At the time, the International Court of Arbitration ordered additional compensation to be paid to Nokia under an extended agreement with the South Korean company. 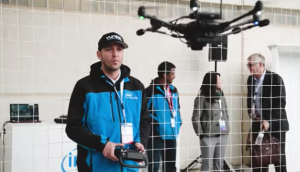 AT&T has begun using drones to inspect its cell towers and wants to eventually use the little flying machines to deliver more mobile data at large events.

Aerial inspections can be performed “more quickly and safely—and [drones can] even access parts of a tower that a human simply could not,” AT&T’s announcement yesterday said. Drones capture data from network sites and feed the data to AT&T systems, helping the carrier make changes to its network “in real time,” AT&T said.

AT&T—which is also working with Intel to test LTE-connected drones—has grander plans for its drone program. If all goes well, AT&T drones could “temporarily provid[e] enhanced LTE wireless coverage at the packed venue so you, along with thousands of others in attendance, can simultaneously send photos and videos to share the moment,” the company said.

This would be achieved with “Flying COWs” (Cells on “Wings” instead of the usual “Wheels”) that could provide LTE at large events or network connections needed for rapid disaster response. “A Flying COW may even be able to provide coverage when a vehicle is unable to drive to a designated area,” AT&T said.

AT&T said it has been testing drones for a year to determine how they might improve its network, having assembled a team with “decades of military, flight control, and tech experience.” While AT&T didn’t provide a timeline for deploying Flying COWs, the company plans to demonstrate its drone research this week at its Shape Tech Expo in San Francisco.

The wireless carrier isn’t the first company to explore using drones for delivering Internet access. Both Google and Facebook are testing such technology, which could bring Internet coverage to remote areas that lack network infrastructure. 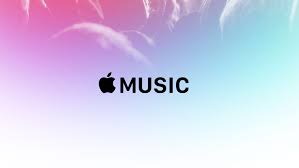 Apple proposed simplifying the highly complex way that songwriting royalties are paid when it comes to on-demand streaming services like Apple Music, Spotify and Tidal. Amazon, Google, Pandora and the Recording Industry Association of America are also expected to weigh in with their own proposals.

“An interactive stream has an inherent value,” Apple’s proposal states, “regardless of the business model a service provider chooses.”

Apple’s suggested royalty structure would make accounting simpler and more transparent, but it would also make it more costly to run a free service, since streaming companies would have to pay a minimum rate, rather than a percentage of revenue. The current system arguably benefits Spotify and YouTube, since their free tiers don’t generate much revenue compared to paid services. At the same time, such a rate could reduce the royalties paid to songwriters and publishers

Apple currently pays out about $7 in royalties for each $10 monthly Apple Music subscription. The company’s last report on subscribers stated that it had 15 million paid subscribers.

Spotify says it has 30 million paid subscribers, but it also provides a “fremium” unpaid tier of interactive streaming service to another 70 million users, who also hear ads. Apple complains that Spotify’s unpaid tier hurts the industry and artists. 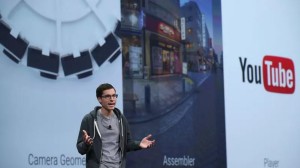 Google recently shut down an internal project to create a high-end standalone virtual reality headset akin to devices from Facebook’s Oculus and HTC, according to sources familiar with the plans.

The decision likely stems from Google’s effort to streamline its more ambitious projects, an ongoing slog at the company. In this instance, Google is shifting more resources behind mobile VR — tools for companies to build apps, games and services on smartphones that use the nascent media — rather than expensive hardware.

In May, the company released Daydream, a platform and reference design for new VR hardware that’s a more advanced version of its thrifty Cardboard headset. (Google also said it would bereleasing its own Daydream headset.) The Daydream platform is built on the latest version of Google’s Android operating system.

Meanwhile, a different VR project was germinated inside the X research lab (now a separate Alphabet company) with around 50 employees working on it, according to one source. More critically, that project was creating a separate operating system for the device, unique from Android.

Now, it seems, that OS and project were scratched in favor of Android. I don’t know how far along the project was. Google, of course, shuts or redirects many projects, particularly those from X.

But this move does indicate the company is less interested in competing directly with hardware from Facebook, Samsung, HTC and others, which have released pricier VR equipment. When Daydream arrived, people in the industry remarked on how it revealed Google’s strategy to double down on mobile — choosing a more bottom-up approach to the unproven field.

Shutting this project certainly doesn’t mean Google is throwing in the towel on VR. Sources close to the company tell me its unit, which reports to VP Clay Bavor, is quite big now. But the people who know how big will not tell me that. 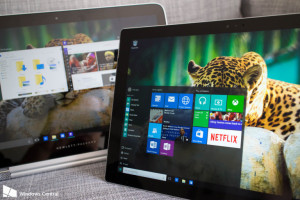 Microsoft is backing off its timeline for getting one billion devices running Windows 10, the latest casualty of the company’s sharply curtailed ambitions in the smartphone world.

The Redmond company last year set a goal of reaching one billion devices running the new operating system by mid-2018.

When Terry Myerson, who leads Microsoft’s Windows and Devices Group, announced the one billion target, the company had just wrapped up a year in which it sold about 34 million Windows smartphones.

Since then, Microsoft has all but eliminated the smartphone hardware unit it acquired from Nokia in 2014, taking about $10 billion in writedowns and restructuring costs, laying off thousands of employees, and shuttering or selling factories worldwide. The company’s smartphone sales totalled just 2.3 million in the first three months of 2016.

“It’s hard to know what exactly they were counting on,” said Steve Kleynhans, an analyst with Gartner. “At the time, they did have some pretty high expectations around Windows Phone.”