This technology by Tentacle brings an entire call center on your cell-phone!

Is India A Hub Of Call Centers?

India is a country with a huge population of youth. But employment opportunities for this growing youth population is low. Generally, the basic qualification criteria for a job in a call center in India is Graduation. Due to this reason, a significant population of qualified youth tends to join call center which drives competition among themselves, compelling them to compromise in terms of salary, work life etc. An experienced and skilled working population available at comparatively low status attracts Business process outsourcing organizations (BPO) to set up call centers in India and provide support to enterprises and SMEs. The call center industry in India employees around 2.8 million people and generates annual revenues upwards of around $11 billion that is around 1% of GDP.

Eventually, India had become a call center hub. However, according to an ASSOCHAM report, India is losing 70% of its call center outsourcing business services to the Philippines and Eastern Europe. If this trend continues, India may lose up to $30 billion in foreign exchange revenue in the next decade, unless it steps up to its competitors.

One of the major reason cited in the report is quality and service of manpower and operational cost. According to ASSOCHAM secretary-general, D S Rawat, “There is a need to reduce costs and make operations leaner across the BPO industry. BPO companies could reduce the total operating costs by 20-30 per cent by moving to a low-cost city within India and using better technology which will result in a cost differential upwards of 20 per cent for voice processes”.

A cloud-based SaaS outbound calling solution is the direction that the outbound calling market is headed toward. Due to its convenience and economy, it is growing, since an increasing number of the existing non-cloud-software clients as well as the new clients (i.e. the “latent” market) translate into awareness and purchase. The opportunity is now at a tipping point.

There is a huge market, both domestic and internationally for a solution like this. The global market size for cloud-software for outbound-calling is approximately $4.15 billion and growing at an estimated 10% -20% annually. Additionally, not only does the global outbound-calling market continue to grow, but so does the percentage share of contact-centers that use cloud-software, which, will rapidly become the major share.

Tentacle is an innovative cloud-software that is available as a SaaS as well as a Mobile APP. It is developed and marketed by Sunoray Solutions Pvt. Ltd., a company that develops and markets cloud-based and APP based solutions for clients to prospect, service and retain customers. Sunoray Solutions was founded in 2011.

Tentacle is extremely user-friendly. Clients sign-up on the website and create an account using their email id. The account is fully operational within a few minutes. Access and authority levels can be set by the user according to the hierarchy levels within the organization. The Manager can upload calling lists using his laptop (e.g. upload an excel sheet), assign them to tele-callers and they begin calling using their cell-phones immediately. Apart from the Manager’s laptop and the tele-caller’s cell-phone, no other hardware, software, coding, wiring, on-site server is required. Furthermore, managers can monitor all activity from his location using real-time Call Analytics & Reports (e.g. no. of calls made, leads converted, call-backs scheduled, quality of data being used, tele-caller performances, field-agent performances, call-recordings etc.)

Tele-callers need not be at the same location as the Manager. They can be based anywhere: same office, different office, different cities, work from their homes etc. Since you only need a cell-phone to conduct your tele-calling, Tentacle is aptly suited to exploit and support the increasing work-from-home trend in India. Most importantly, this enables women across Metros and Tier-II & Tier-III cities to be gainfully employed from their homes. Since they work as tele-callers all that is required is the ability to speak a language(s). Lack of education – whether vocational or more – ceases to be a barrier to being employed. From the employer’s perspective, this is a huge benefit, since it not only gives them access to a larger pool of available workers but also helps them reduce operating cost and deal with high labor turnover, which, is an endemic problem with the tele-calling industry.

There is a huge market, both domestic and internationally for a solution like this. Unlike conventional rack based approach, Tentacle is plug and play. There are approximately 50mn SMBs/SMEs in India. Converting even a small percentage of that client-base makes it a massive opportunity.

The opportunity here for Tentacle is to become a leading global player. In the domestic market, Tentacle is significantly ahead of its competitors who are still previous-generation legacy offerings like Cloud-Telephony and On-Premise installed Solutions & Dialers. Tentacle’s Value Proposition is far more compelling across critical value-drivers such as cost, convenience, and, benefits.

Tentacle claims that its Value Proposition is the only Indian offering that is in sync with the ongoing global shift of call-centers moving to SaaS based cloud-software tele-calling. Domestically, macro-trends like Digital India, NITI Ayog and Mudra Yojana further create a need for a service like Tentacle.

Tentacle is witnessing an increase in International signups (APAC, EMEA, NA, LATAM) and has just begun promoting the product internationally. Tentacle is primed to be the defining brand in this space domestically and a leading player globally: their offering is unique in a market that is experiencing robust growth.

Tentacle has a unique marketplace position. While not an early-entrant in this category, Tentacle is a smart fast-follower. “We served marketplace gaps to build a Value Proposition (VP) that gives us a sustainable competitive advantage. We solved all existing Client problems with our unique “cell-phone only” model including: eliminated CapEx, hardware, software purchase, AMC and reduced client operating costs” says Rahul Arora, CEO, Tentacle.

Unlike their competitors, Tentacle is not a cloud-telephony company. All of their calling is through the SIM. Tentacle does not use any PRI or landlines. 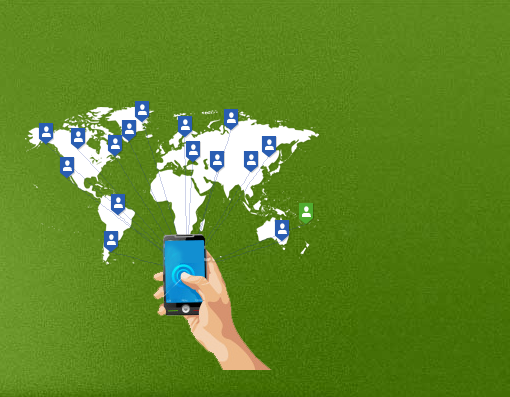 They eliminated those costs and inefficiencies, too. There is no centralized telecom infrastructure or other associated costs.  It needs no hardware or capex. All you need is a cell-phone. The Tentacle APP can be downloaded from Google Playstore. The APP is easy to use and needs only minimal training.

The way current cloud-telephony services work is that two calls are made. One to the prospect and the second, to the agent. Once both calls are connected, the conversation begins. This model has many shortcomings including time lags and call drops. In addition to these, it is also operationally cumbersome.  Importantly, the cost incurred by the client is for two calls. This cloud-telephony offering also does not provide in-depth call analytic and insights that Tentacle does.

Tentacle sells as a purely OpEx model. It charge per-user-per-month. Currently, they are grabbing users from competitors and also the growing market. Their VP provides client coverage across Metros through to Tier I, II & III cities. Their strong innovation pipeline, based on client understanding, is a huge strength.

The Moments of The Journey!

Talking about the competition, Rahul has to say that a lead-challenge lies in creating awareness and educating the potential client. While some verticals (e.g. BPOs, DSAs of BFSI & Telecom) realize the benefits of Tentacle immediately, there are others that need to be educated. This is the “latent market” i.e. those that have the need for outbound calling as a critical part and an improvement to their business process but were unable to implement any outbound calling thus far due to the severely limiting factors of the available options. “Due to our rapid growth, we also face the “happy problem” of growing the company and adding resources to keep pace with our rapid customer acquisition.”

He adds that the massive global market-size of this opportunity and the challenge to build a leading global company and brand in this space is very exciting. Equally exciting – and, perhaps even more fulfilling – however, is the opportunity for social change that it presents, especially with regard to the Indian market. Opening up vistas of employment for the masses in India (especially women, and, for the population in Tier-I and Tier-II centers) presents the chance to do something invaluable. These women workers, by adding to the household-income, can make a better life for themselves and their families: more money to educate their children, run the household and to lead better lives.

“Our clients have already benefited from the Work-From-Home model and this will be increasingly utilized amongst a significant section of our client base.”

Tentacle has 1,500+ paying users across multiple verticals. Their team strength is approximately 30 and growing monthly. They have offices in Mumbai (HO), Delhi, Pune and Kolkata. By December 2015, they  expect to have an additional 3 offices and grown the team by another dozen employees.

The company is in the rapid-growth phase: adding clients from across verticals, adding users, and, penetrating the market. As mentioned, they now have an increasing number of international sign-ups (APAC, EMEA, LATAM, NA) and have recently started promoting Tentacle internationally.

In the coming months, they will continue to grow the business rapidly and add features that are, both, vertical-specific as well as those that are used across sectors. Their product development and innovation is a result of, both, tracking client-usage as well as using that knowledge to innovate.

The company is looking for funding to keep pace with its rapid growth, and is now primed to receive its first round of capital-infusion. They are currently in talks with investors to raise USD 2 million.

Rahul is a serial entrepreneur with a love for Technology. He has extensive experience in startups, having started his career with Nexion (a telecom startup in the US), later acquired by Fujitsu. He then joined Sycamore Networks, Inc., US, as a founding team member where he setup the Software and Drivers team. After spending several years in the Telecom industry in the US, he returned to India, to start Gnet, a premier BI solutions company, which he successfully exited in Oct 2014. Rahul holds a MS in Computer Science from Boston University, and Bachelors Degree in Engineering (Electronics and Telecommunication). He is also a keen marathoner.

Sumontro studied and worked in the US for several years, both with Fortune 50 as well as a start-up, before returning to India in 2011. He has been in the start-up space since, and is instrumental in managing the business end. His incisive thinking and long term vision makes him the master strategist in the organization. Sumontro holds an MBA from The College of William and Mary, VA. Outside the office, he is passionate about Tiger & Elephant conservation, banning cricket’s switch-hit and is a huge Roger Federer fan.

Rahul and Sumontro developed this product for an Enterprise client in an in-house, onsite version a few years ago. The seed was sown then. As they assessed key factors including the need for outbound calling, the importance of easy integration of such a service with larger client processes, and, the competitive landscape, they saw that there existed a vast opportunity. Tentacle was born of this market analysis.