Tesla can come in India, only if it follows govt policies: Miniter Tesla has been eyeing the Indian auto market for the past few years but has been unwilling to comply with the Centre's conditions to sell the popular EV range. 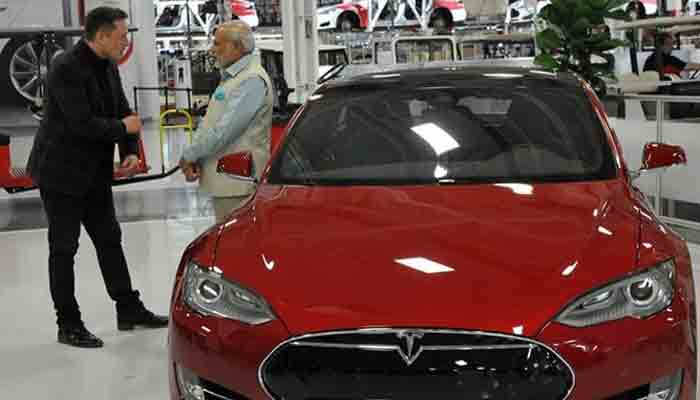 Tesla CEO Elon Musk’s plans to enter the Indian market to sell his popular electric vehicles were met with fresh hurdles on Saturday after a Union minister said the American carmaker and his cars are welcome in India only if he complies with the policies of ‘Aatmanirbhar Bharat’ or self-reliant India.

Earlier in May 2022, Tesla’s CEO made it clear that his firm will not manufacture its products locally unless it is allowed to first sell and service its cars in the country. In 2021, Musk had said Tesla may set up a manufacturing unit in India if it first succeeds with imported vehicles in the country.

Addressing The Global Summit on a television channel on Saturday, Union minister for heavy industries and public enterprises Mahendra Nath Pandey said, “The government under the leadership of Prime Minister Modi has moved ahead swiftly on the Aatmanirbhar Bharat policy and received a very good response on it and we are not going to compromise on that in any way… Tesla, and Elon Musk is welcome to India, but only according to the country’s policies.”

The buzz about Tesla entering the Indian auto market started in August last year when Musk, in response to a user’s tweet, said Tesla may set up a manufacturing unit in India if it first succeeds with imported vehicles in the country.

However, last month, Musk responded to another user, saying, “Tesla will not put a manufacturing plant in any location where we are not allowed first to sell & service cars.”

Currently, India imposes 100 percent import duty on fully imported cars with CIF (Cost, Insurance,, and Freight) value of more than $40,000 and 60 percent on those costing less than that amount.

Earlier on 14 June, reports arrived that a key executive who was leading Tesla’s lobbying effort in India resigned, weeks after the US carmaker put on hold plans to sell electric cars in the South Asian nation.

Union Minister Nitin Gadkari invited Tesla to launch its electric vehicles in India, however, the EV company was given conditions. Tesla has been asked to share its production plans for the country before expecting any reduction in tax.

Gadkari has said,”If Elon Musk is ready to manufacture a Tesla in India, there is no problem. We have got all competencies, the vendors are available. We have got all types of technology and because of that, he can reduce the cost.”

Gadkari had also added the EV manufacture is welcome in India, however, had refrained Tesla to manufacture its EVs in China and then sell those in India as it will not be good proposition for the country.

“Our request to him is, come to India and manufacture here,”said the minister in past report. Back in 2020, Tesla formally registered itself in India through a subsidiary called Tesla India Motors and Energy Private Limited.