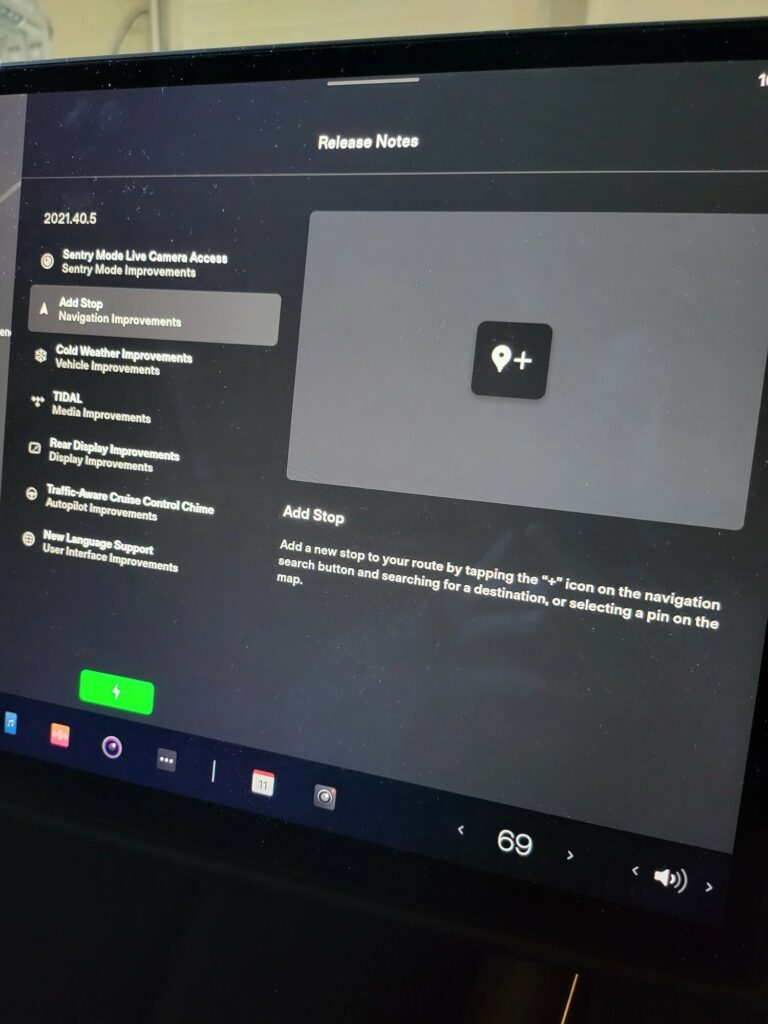 With Software Update 2021.40.5, Tesla has added Waypoints to improve the in-car navigation experience. Many Tesla owners have been requesting waypoints for a long time, and the automaker has finally delivered after Elon Musk said they will be included in September 2020.

Tesla, on the other hand, does not refer to them as “Waypoints.” Instead, the function is referred to as “Add Stop” in the 2021.40.5 Software Update notes, which is an acceptable alternative.

“Add a new stop to your route by selecting a pin on the map or tapping the ‘+’ icon on the navigation search button and searching for a destination.” Tesla Motors Club member Spyderman09 submitted the notes.

“You really want waypoints this much?” Musk questioned after numerous owners bugged him for months about the arrival of waypoints. Musk responded the next day with, “Fine, we’ll do it already,” accompanied by a cheerful face emoji.

Other, more crucial events, such as the construction of Tesla’s two new facilities in Austin, Texas, and Germany, are likely to have taken precedence. It has, however, finally arrived.

Fine, we’ll do it already 😀

Navigation is made easier with the use of waypoints. While in-car navigation systems often forecast the most effective route to get from point A to point B, whether by shortest time or shortest distance, some adventurers are unwilling to get to their destination without experiencing other things along the way.

A cross-country drive appears to be the most prominent example of how Waypoints could be used most effectively. Short drives, on the other hand, may benefit from the new feature, particularly if the ice cream parlor isn’t exactly on the route home from the restaurant.

Teslarati utilized Google Maps to demonstrate how Waypoints allows drivers to schedule many stops during a single journey:

“Tesla owners could stop in Times Square, then head West to Chelsea Piers, and back East to Midtown. This route would essentially act as a tour of Manhattan, instead of an efficient and straight-line path from the Park to the tallest building in the Big Apple.”