Tesla CEO Elon Musk congratulates the Giga Berlin team for achieving the 1,000 cars production per week milestone. It would officially mean the factory can roughly produce 50,000 models per year. This is the only initial stage, the plant is expected to produce at least 500,000 models at its full capacity. 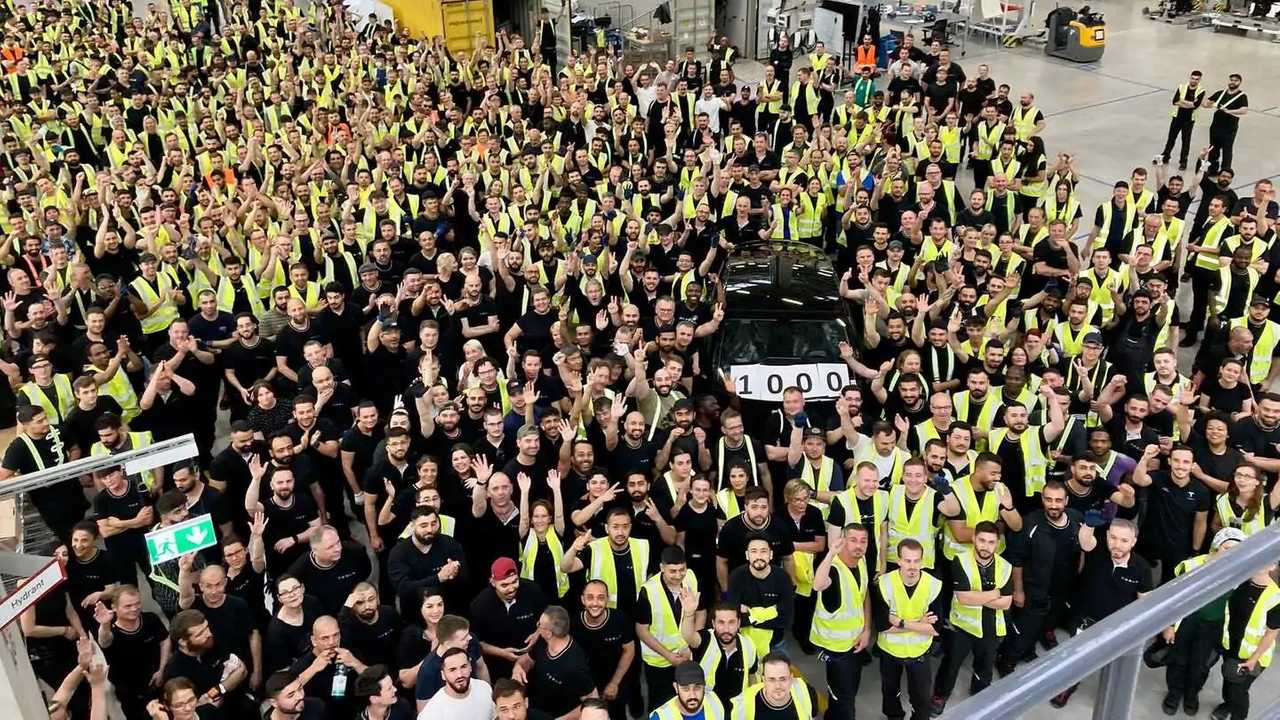 There have been many delays with the production in Giga Berlin. It was issued with approvals or environmental concerns by local groups. The Berlin team got over that, with an unexpected delay. However, now that the production has started, the plant production is being ramped up at a faster pace.

Congratulations to Giga Berlin team on making over 1000 cars in a week! https://t.co/TX8S4ozuxJ

Originally, the plant was to be open by March. By now the plant could have reached a higher production rate. There was also a rumor that the plant had a bottleneck with the paint shop’s output. Though the details remain unclear, the production now seems to go at a smoother pace. Tesla currently produces in Germany only the Tesla Model Y Performance version, powered by 2170-type cylindrical battery cells, as far as we know shipped from China (LG Energy Solution). Other versions (Long Range) and with new features (including structural battery pack) are in preparation.

Troy Teslike reports that during the first three months (March, April, and May), the plant produced some 8,865 Model Y. That’s half of what the Tesla Giga Shanghai was able to do when launching the Model 3 and Model Y.

Production of customer cars at Giga Berlin started on 14 March 2022 but I'm counting April as the first month. pic.twitter.com/zdZi0UKAp8

On the other hand, since the Russian invasion of Ukraine on February 24, Europe is experiencing some tough times and especially manufacturing has been hit hard by all kinds of shortages. Moving forward, the European production plant will be a major strength of Tesla, both in terms of production volume, as well as logistics. Geographical diversification is an important thing on top of vertical integration, especially in difficult times.

If the factory can at least maintain that going forward, it means that Gigafactory Berlin is now adding 50,000 cars to Tesla’s annual production capacity. The goal is to ramp that up by an order of magnitude, but more bottlenecks are going to show up along the way. The factory is believed to be doing a lot better than Gigafactory Texas, which is limited by the production of 4680 cells and structural battery packs. Gigafactory Berlin is still producing Model Y with 2170 cells, which is more widely available, and it plans to move to 4680 cells later once production has ramped up. More details are expected to be revealed later this year.