Tesla continues to show its Class-8 heavy-duty electric truck all over the US. It has made its third appearance this week at the Michigan International Speedway in Brooklyn, MI. Recently Tesla’s complete lineup of vehicles including Semi were hosted in the same two-mile speedway. 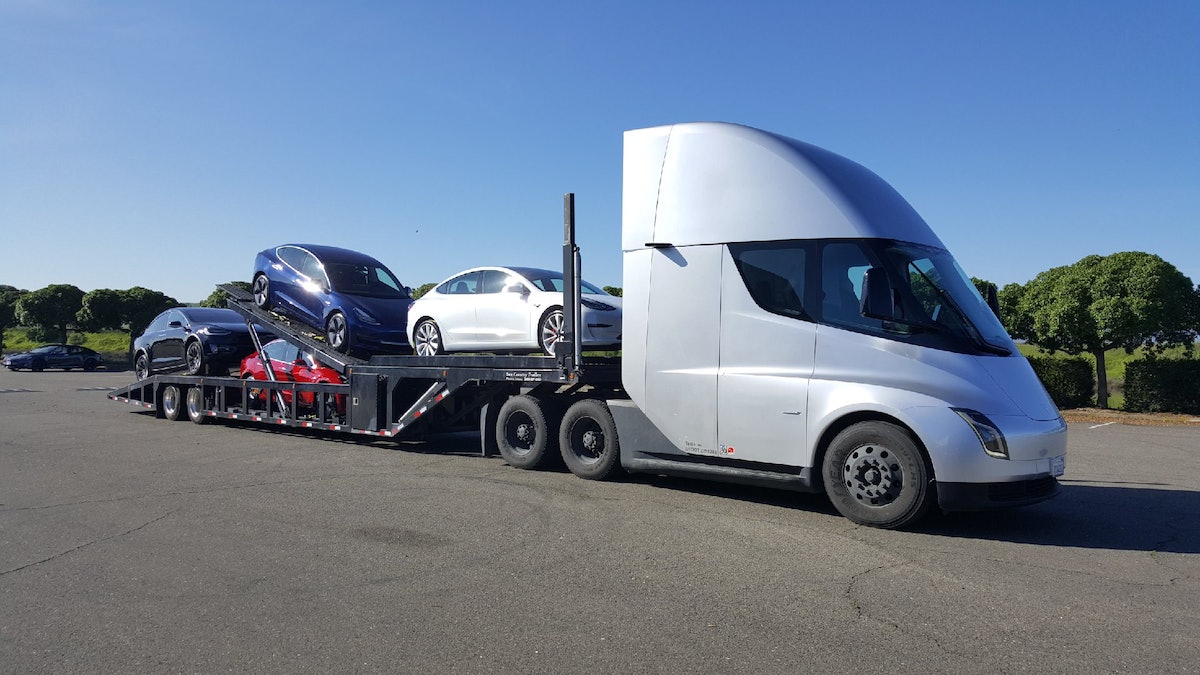 Earlier the vehicle was spotted twice on public roadways and once when it was being tested with Megachargers at Frito Lay/PepsiCo. Before this week, the Semi was sighted on roads between Fermont and Giga Nevada, and at Gigafactory Texas Cyber Rodeo.

Tesla continues to tease the Semi, it appears that the truck is ahead of its timeline. But Tesla or Elon Musk hasn’t announced any information yet. Many Tesla fans and EV enthusiasts have been looking forward to the truck. It has been close to production many times in the past, including the Cybertruck. Various constraints like the supply chain uncertainties and market conditions have set a delay in the development and production of these vehicles. Reservation holders have been waiting for a long time and there are not many updates about the trucks. While Semi’s customers are mainly commercial. The electric pickup truck Cybertruck is most awaited by various individual customers.

Despite this, the many sightings of the Semi this week could be a good thing. After Musk pushed Tesla to start volume production of the Semi in mid-2020, the project was inevitably delayed due to a shortage of battery cells. Obviously, the Semi requires more cells because of its size, and in the current position of the EV market, Tesla’s focus has been to transition more passenger vehicles to electrified powertrains, not commercial ones. Therefore, Tesla’s mass-market sedan Model 3 and crossover Model Y have been where the cells have gone, and it has undoubtedly contributed to the company’s streak of nine consecutive quarters of growth in deliveries.

The Semi has been subjected to numerous delays due to battery shortages, as the Semi requires a vast number of EV cells due to its size. Tesla was ready to begin production in mid-2020 but eventually decided to wait after the demand for the company’s mass-market vehicles skyrocketed. The delays have not stopped businesses from requesting the truck for their fleets, however. Tesla has orders from PepsiCo. and Karat Packaging, a manufacturer of environmentally friendly, disposable foodservice products.

The Semi will not be the first all-electric class-8 truck on the market when it eventually enters production. Volvo, Nikola, and others are currently producing all-electric semi-trucks for their clients.