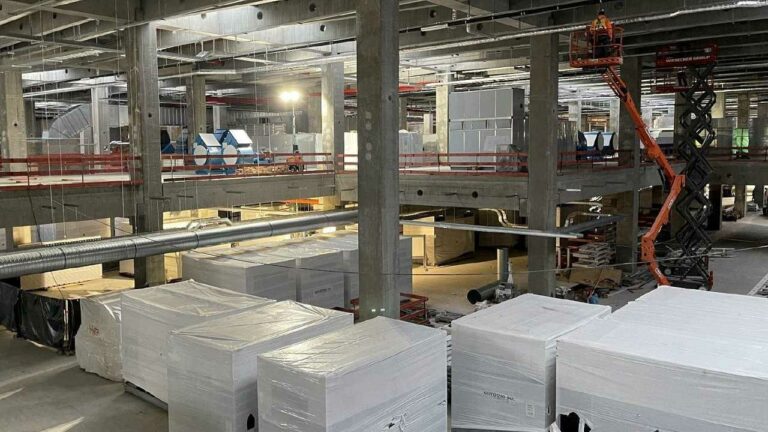 Brandenburg’s Environmental groups have been in a fight for months now, up against Tesla Giga Berlin. This time two environmental groups complained about an illegal refrigerant being present in the factory. Green League and Nature Protection Association (NABU) are the two groups that filed the complaint. Tesla Berlin manufacturing plant is now under investigation by the state environmental agency.

On Friday, a major inspection took place without prior notice in the 300-acre factory. As per the German media outlet Tagesspiegel, the factory has three illegally installed chemical tanks. The Spokesperson Ministry of the Environment stated, “The State Office for the Environment (LfU) carried out an extensive review of the entire construction site in addition to the fine procedure. With this, the supervisory authority wants to ensure after the construction of unauthorized tanks by Tesla that no further unauthorized activities have been and will not be carried out on the site.”

The Media outlet claims that Tesla created problems again. Because for almost 6 months, the problems have been directed to “Elon”. However, every time Tesla Giga Berlin proved out to be innocent in most cases. This time, the factory did apply for 5 tanks and got approval for two tanks. But the Environmental Groups claim that all the five were set up.

These refrigerants have highly flammable refrigerant Tetrafluoropropene, which is used in the factory’s paint shop. A leak could result in a toxic gas leak and result from firing. Giga Berlin is said to potentially risk its development if there is the presence of the refrigerant tank, more than permitted.

The fact that two tanks arrived in the factory means that the production will start within the coming months. 50% of OEMs utilize Tetrafluoropropene for car air conditioning. And most of them manufacture cars in large numbers, so it’s not illegal to use them as automobile companies. On the other hand, the environmental groups were concerned about harming the environment nearby that has been untouched for decades now.

As published in the German Media outlet, the risk is as follows.

“The process is risky for Tesla because it is precisely this refrigerant tank that is related to the controversial incident problem of the Gigafactory and the early permission for machine tests, for example in the paint shop, against which the Green League and Nature Conservation Association are suing. They want to enforce a halt to the tests that the State Environment Agency had approved with what is now the 15th advance permit for the construction of the Gigafactory – parallel to the ongoing main approval process.”

Technically, Giga Berlin is gambling by building the factory, yet to receive a permit to manufacture 500,000 cars per year. Expected to receive by October, the German Tesla team has been working hard. The factory is running on the additional 16 permits, which are for building the manufacturing plant.

At this point, with environmental groups attacking the factory for the third time now, there is no assurance about what will happen. The trust between the government and the Giga Berlin will be heavily weighed down before giving the permit. Irrespective of the actual casualties, this may do damage to Tesla, that is until corrected.