Tesla pint-sized Cyberquad for kids at $1,900 with top speed of 10mph 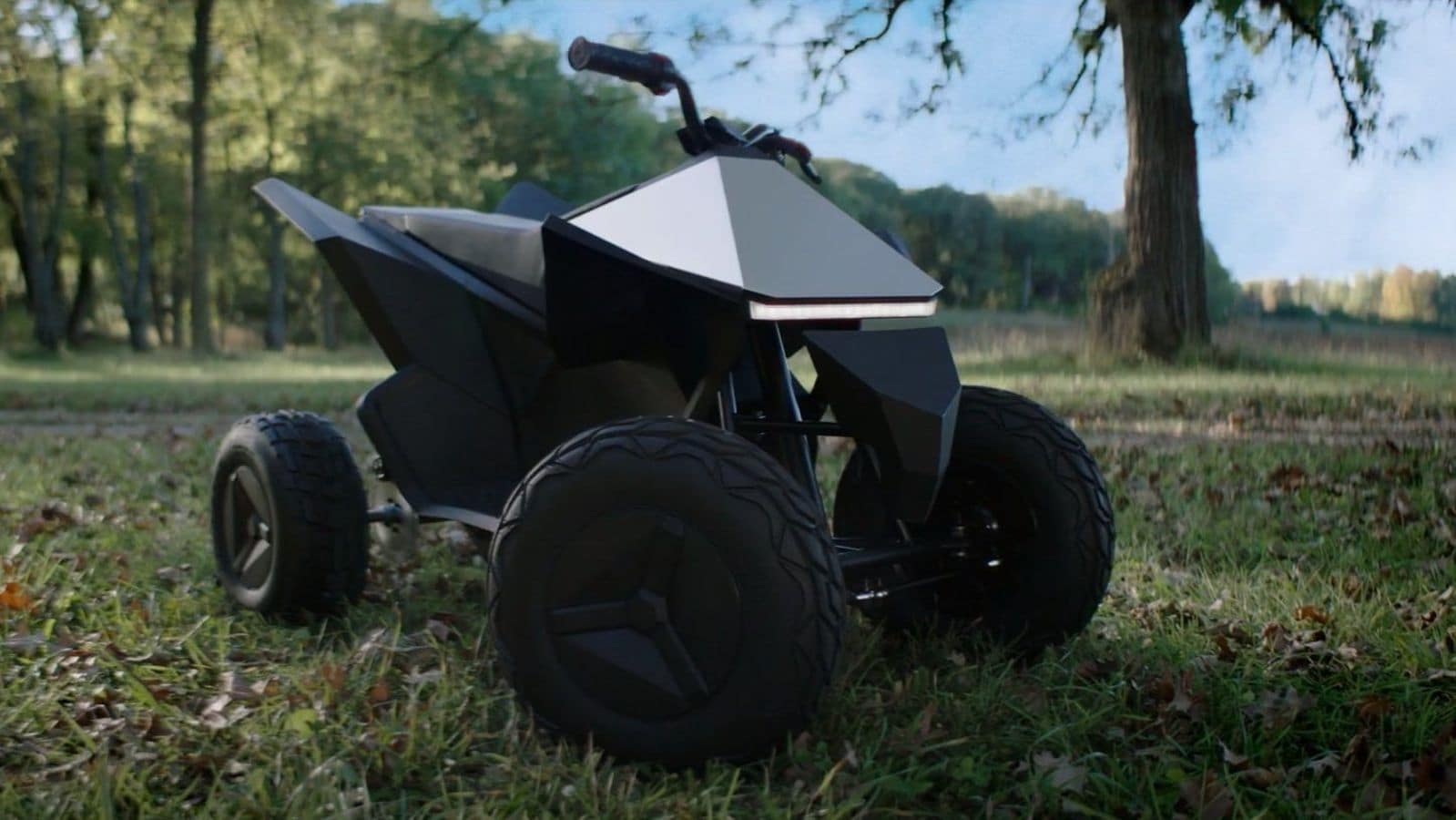 The Cyberquad is available right now on the Tesla website. It is suitable for 8-year-old kids and above. It was made in collaboration with Radio Flyer. The company has been working on miniature versions of vehicles for a long time. Both Tesla Studio design and Radio Flyer worked together to make this happen. It is a high performance ATV that lasts long, has high speed and charges fast.

With the 36V lithium battery, the vehicle can run at max speed 10mph. One charge can last the vehicle up to 15 miles. The Cyberquad is seen being used by an adult too in the advertisement released by Radio Flyer. It is most likely that there is certain weight limitation to use the miniature ATV. Furthermore the off road capabilities are incredible giving kids a chance to experience the drive. However, the kids do need to be supervised regularly because of the effectiveness of the vehicle.

Overall, the electric ATV has Cyberpunk look. The website currently show that the vehicle is out of stock. It is featured as,  “the four-wheel ATV features a full steel frame, cushioned seat and adjustable suspension with rear disk braking and LED light bars.”

Out riding with the kids on the Cyberquads! So much fun for kids and adults! @tesla pic.twitter.com/gq23GWsiDk

For those who already ordered the vehicle will be delivered within 2-4 weeks. Many reviews are expected to be shared by customers. Esecially as Cybertruck is not out in the market, the props are being sold within hours of the launches. Cyberwhistle was sold out within hours of the release. Cyberquad has even more interesting features with real life advantages.

Additionally in reference to the charging, the vehicle will take five hours to fully charge. And the battery has effect based on the weight of the vehicle. So if an adult were to use it, it will drain faster. Other factors like terrain or speed can also change the battery range. Users have a comfortable ride as the design is such that during bumps the soft padded seat absorbs. High performance braking system, rubber air filled tires, LED Light bars and many other features make things all better. Both headlight and tail light are similar to the Cybertruck. The original truck being strong and sportive, the miniature version is nothing less.