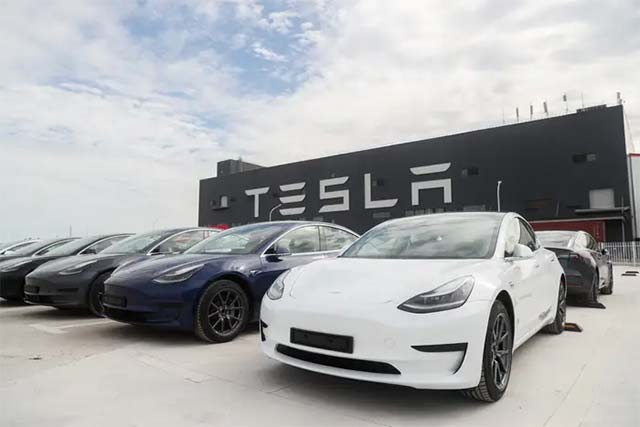 Tesla Inc said on Sunday it had delivered a record 308,600 electric cars to customers in the fourth quarter of 2021 well above Wall Street estimates. Thanks to a production ramp up at the electric-car maker’s Shanghai factory.

“This is a trophy-case quarter for Tesla as the company blew away even bull-case expectations,” Daniel Ives, an analyst at Wedbush Securities, said in an e-mailed statement. He called it a “jaw-dropper performance for Musk & Co. in the December quarter with massive tailwinds into 2022.”

“In 2021, we delivered over 936,000 vehicles. Thank you to all of our customers, employees, suppliers, shareholders and supporters who helped us achieve a great year,” Tesla said in a statement late on Sunday.

What’s Next
Musk has stated that he intends to increase Tesla’s annual vehicle sales volume to 20 million over the next nine years. In pursuit of that expansion, Tesla plans to begin production of the Model Y crossover this year at its new factory in Austin, Texas. Following that, it intends to open another factory in Brandenburg, Germany.

The company’s headquarters were recently relocated to Texas. Tesla’s CEO announced the plan in October, and it became official in early December.

Last month, Musk wrote on Twitter, where he has about 68.4 million followers, “Giga Texas is a $10B+ investment over time, generating at least 20k direct & 100k indirect jobs.” According to public filings, Tesla plans to spend $1.6 billion on the Austin, Texas, factory in its first phase now underway.

The company now dominates battery electric vehicle sales in the U.S. and much of the world. But it is expected to lose overall market share as competitors bring out fully electric models of their own.

The strong sales came even after Tesla hiked US vehicle prices sharply this year to offset higher supply chain costs.

Tesla hit over $1 trillion (roughly Rs. 74,37,560 crore) in market capitalisation in October after rental car company Hertz said it ordered 100,000 of its vehicles. The company’s shares lost some ground after Musk wrote on Twitter in November. That he was considering selling 10 percent of his stake in Tesla.