Tesla has been fully working on the Cyber Rodeo event. Ahead of the event, Tesla Semi was sighted at the Gigafactory Texas. It appears that the company’s variant of the vehicle is updated, compared to the one spotted across the US last year. 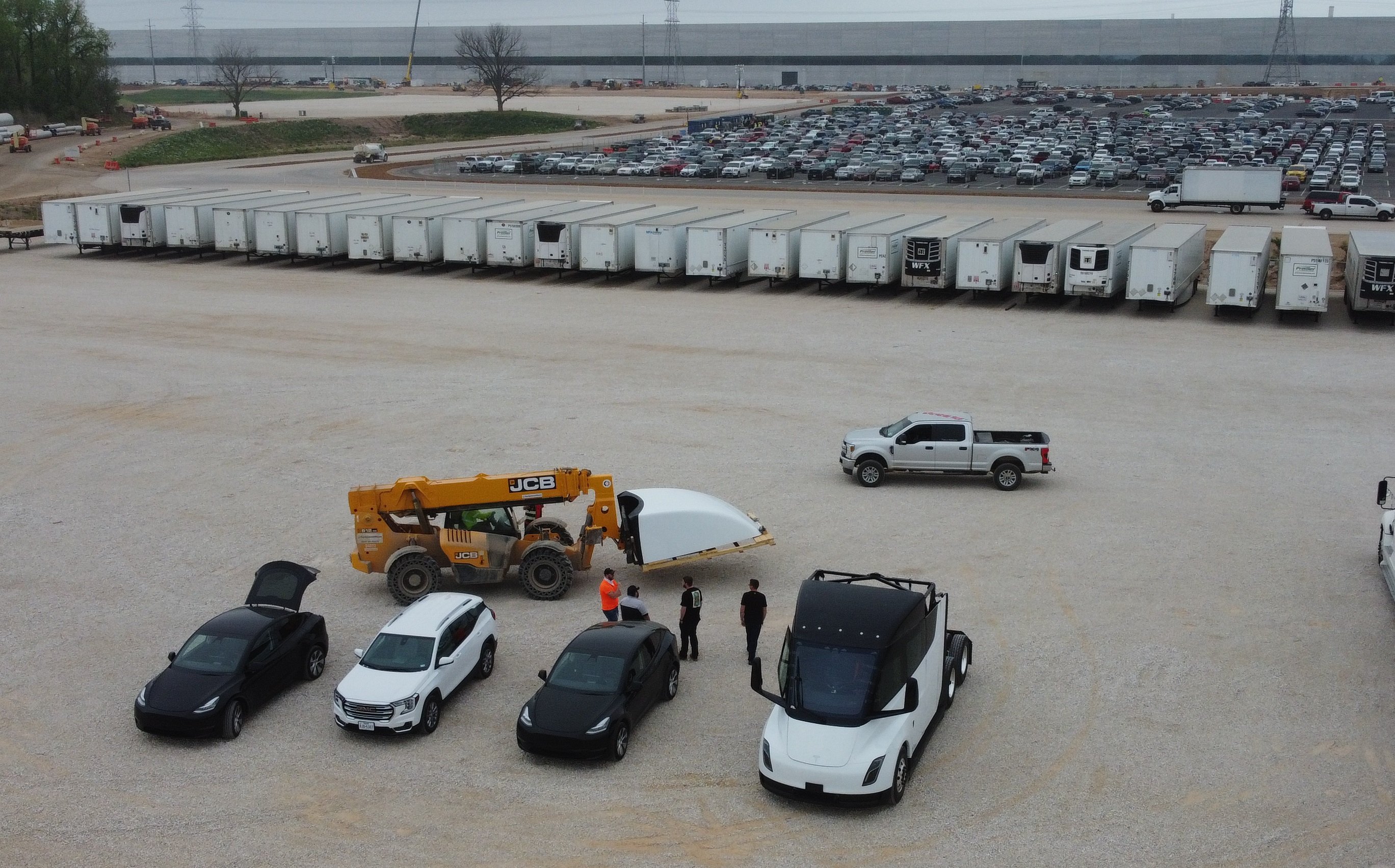 Tesla watcher and drone operator Joe Tegtmeyer recently shared some images from the Giga Texas site today. According to the drone pilot, preparations for the Cyber Rodeo event on April 7 are in full swing. These include what appear to be vehicle displays and a massive stage setup. Interestingly enough, the Tesla Semi was also in the area, though its wind deflector was taken off and being carried by heavy equipment.

Furthermore, the buzz of activity around Gigafactory Texas is unsurprising considering that the Cyber Rodeo is only a few days away. Tesla’s grand opening of its most ambitious electric vehicle factory to date is highly-anticipated, and with invites now going out, numerous supporters of the company have revealed that they are already preparing to travel to Texas for the event. Needless to say, the Cyber Rodeo is shaping up to be a massive celebration.

It is known that there will be about 15,000 attendees to the Cyber Rodeo later this week, which is far more than the attendees that were allowed at Gigafactory Berlin’s first Model Y delivery event. The formal launch of Giga Berlin was already an extremely fun party, so one could only imagine just how exciting the Cyber Rodeo would be. The event is strictly invite-only, but the number of attendees ensures that the celebrations will be impressive.

Speculations are high that Tesla will be bringing some of its upcoming products to the Cyber Rodeo. These include the Cybertruck, which seems to be the inspiration for the Cyber Rodeo event’s name. Other unreleased vehicles like the next-generation Roadster and the Tesla Semi are also expected to be in attendance. With the Tesla Semi already being spotted in the Giga Texas complex, it would not be surprising if the company’s other upcoming vehicles are also sighted around the site in the coming days. The expected scale of Tesla’s Cyber Rodeo event has resulted in the Del Valle Independent School District (ISD) announcing that students would be released from school early on April 7. According to an announcement from the ISD, vehicles from attendees of the celebrations would likely result in more traffic in the area. Thus, to ensure that students are home on time, it would be best to end school early in the day.