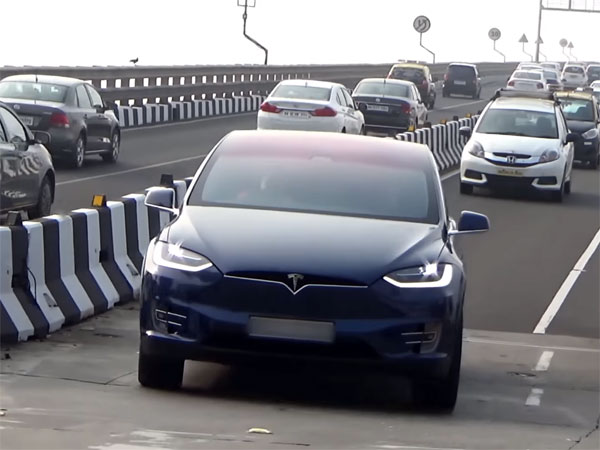 Finally, the news has been confirmed that Elon Musk’s Electric Vehicle company, Tesla is arriving in the Indian market for sale. The news has been confirmed by the Union Minister for Transport and Highways, Nitin Gadkari who is also the office-holder of Ministry for Micro, Small and Medium Enterprises (MSMEs) formulated by the Government of India.

He thereby confirmed that California-based Electric Vehicle company, Tesla is arriving in India by early 2021, a good start indeed!

A few days back, there were reports coming in from various sources which were more or less considered as speculations that Tesla is going to start the bookings for its Tesla Model 3 EV car in India from January 2021 and the deliveries shall begin from June. According to Indian Express, the news has been confirmed when the transport minister himself gave the statement that Tesla is going to start its operations in India by early 2021.

Furthermore, the announcement also mentioned that Tesla will start its Indian operations with Sales and then depending on the demand for the cars, it will look into manufacturing and local assembly.

Having said that, not very long ago, in October, a Twitter user named ‘Tesla Club India’ asked the billionaire founder of Tesla about its entry in India, to which Musk replied ‘Next Year for Sure’.

What a tease! People were excited and confused at the same time as there was no official confirmation about the news from neither the Indian government nor Tesla.

Nitin Gadkari also claims that in the next five years, India is going to become the number one manufacturing hub for automobiles.

This claim cannot be questioned as the government is taking several initiatives to make India ‘Atmanirbhar’ and has even introduced schemes to provide incentives to manufacturers in India. The Narendra Modi led government is leaving no stones unturned to complete this goal for India in the next five years.

According to Live Mint and other reports, it is confirmed that Tesla will import the cars in India as Completely Built Units (CBUs) and won’t be associating with any dealerships. The EV company will focus on online sales and the expected car that the company is launching first is its most affordable Tesla Model 3 which starts at a price of INR 55 lakhs.

Elon Musk and Tesla tried entering the Indian market before in 2016 and even began bookings for its Model 3 cars, but due to lack of infrastructure in India, the operations were aborted. But, analysts say that around this time of Indian digitisation, the country is ready to adapt to Electric Vehicles.