Tesla to incorporate a blockchain platform

Tesla, the manufacturer of electric vehicles, has published its 2020 impact report in which they discussed the incorporation of a blockchain platform. 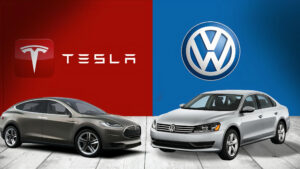 In fact, two blockchain solutions are being looked at which raw materials in electric batteries can be found. The solution also takes into account the sustainability factor in ore extraction. Re|Source is the name of a solution for blockchain in the Republic of Congo which traces cobalt. The other traces the nickel originating from BHP in Australia, on the other hand.

Three DRC producers of cobalt, together with Kryha, have founded Re|Source, Glencore, China Molybdenum Co. (CMOC), and the Eurasian Resources Group (ERG). In 2019 the project was started by the team. The DRC and EV battery manufacturers in Europe have piloted the project. From now on. In addition, the U.S. and Asian countries are expected to expand later this year. The anticipated 2022 launch.

In the fourth quarter of this year, Tesla will begin its final pilot on blockchain. His report indicated:

“Tesla selected to collaborate with Re|Source because it is industry-led, is designed to be readily accessible and inclusive to all parties across the supply chain and is scalable, which means it can include other critical battery materials in the future.”

In addition, Tesla has partnered with BHP for the sustainable supply of nickel and battery supplies. They did a three-month pilot in Western Australia between the operations of BHP and Shanghai in Gigafactory. Volvo and Mercedes are in fact some of the previous adopters with the Circulor technology provider. The supply chain is also being tokenized by Norilsk Nickel and Johnson Matthey, Re|Source advisers.

In recent times Tesla has had a strong history of moving cryptocurrency prices.

In January, Tesla announced an investment of $1.5 billion in Bitcoin and allowed customers to buy their automobiles using their cryptocurrency. However, it stopped in May because of environmental concerns relating to Bitcoin mining. 3

Musk at the B-word event said that Bitcoin’s renewable energy use was still investigated by the company. “To confirm that the proportion of the use of renewable energy is most likely to reach or exceed 50% and to increase that figure, we want to make a little more diligence.” “When that happens, Tesla will continue to accept Bitcoin.”

The statements and utterances by Musk about Bitcoin and other coins have an outsized effect on the emerging ecosystem, which already has a major volatility to deal with. Yesterday, Musk refuted the proposal that, because he had not sold his personal holdings, he personally gotten from influencing the crypto market movement. “I could pump. I could pump. However, I am not dumping, “He said. He said.

The involvement of the entrepreneur in cryptocurrencies goes beyond bitcoin alone. He said at the conference that Ethereum could also extend and transform itself into a world monetary system.

Musk is also fascinated by Dogecoin, an enigmatic cryptocurrency created to spot crypt ecosystems on the basis of his Twitter feed. After Musk tweeted about it he has raised the price, and his development team has reportedly collaborated with him.