Nvidia, the world’s largest computer chip manufacturer, anticipated that its cryptocurrency mining equipment will generate $400 million in sales by the end of last quarter. 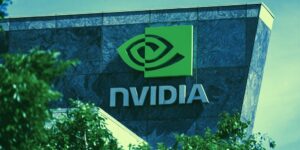 According to an earnings report released today, the cryptocurrency mining processors (CMP) line of chips only generated $266 million in sales in the second quarter, despite the business recording a better-than-expected $6.5 billion in total revenue and $1 billion in profit.

With chip production hampered by an international supply shortfall in April and May, Nvidia restructured its company to cater to a core demographic: gamers. As the price of ETH soared to a record high, Ethereum miners—who can utilize the same type of GPU processors as gamers to validate blockchain transactions and generate ETH—gobbled-up chips. Gamers were priced out of the market since GPUs were selling for three to four times the regular price.

Nvidia responded by reducing the hash rate of its GeForce graphics cards, making them less powerful for mining rigs. A blog article at the time stated, “GeForce is made for gaming.”

This drew miners to the CMP product line, which had only been introduced in February. CMP graphics cards, unlike other Nvidia products, are incapable of creating visuals. That feature was deleted to make it more suitable for bitcoin mining, which necessitates high-processing-power gear and higher ventilation.

Ethereum is migrating away from mining entirely in the next months, thus Nvidia is unlikely to make cryptocurrencies a pillar of the graphics unit’s future.

Nvidia may want to lower its forecasts for the coming quarter.