Elon Musk-owned Tesla has recently drafted a mail to its factory employees in Fremont, California mentioning that production lines of Model X and Model S shall remain closed for 18 straight days, starting from December 24th to January 11th.

Tesla is a considerate company and, in the email, it was clearly stated that employees will be offered one full week of pay to cover for this 18-day break, along with a few paid holidays. When you come to think of it, factory workers aren’t exactly rich to afford 18 days off from work, even if they are getting fully paid. Well, Tesla kept this in mind and offered its employees to participate voluntarily in other work opportunities such as helping in the delivery of Electric Vehicles to customers and get paid accordingly.

However, in the email accessed by CNBC, it is mentioned that these workers were asked to find other job opportunities during these holidays.

Another email was sent by CEO Elon Musk on Friday where he noted that the company currently has a ‘high-class’ problem of demand which is higher than the company’s production rates for this quarter. Thus, in his email, he asked for the employees to ramp up the production rate as much as possible during the remaining quarter after reopening.

It is unclear what Tesla will do with these closed production lines during this time, but Elon Musk has always been ‘the man with the plan’ and we all can trust his call.

However, Tesla hasn’t been quite flawless in its work lately and is burdened with the recall in China over the warranty expansion and safety probe by the National Highway Traffic Safety Administration. The warranty issues cover Tesla Model S and Model X, this year.

It is notable how Tesla’s strategies have been changing over the years, a full closure of production lines is a big step for the company, looking at the high demands of Model S and Model X in the market. These models are now considered as the best-in-class cliché cars from Tesla and the company is aiming to dive into mainstream vehicles in the near future. But now it is up to the customers if they wish to call a $139,990 Model S Plaid- a mainstream vehicle. Musk has promised to deliver $25,000 Electric Vehicles but that is planned for the next three years. Who knows what to buy till then?

Here is the email that was drafted by Tesla to its production employees on Friday, as transcribed by CNBC: 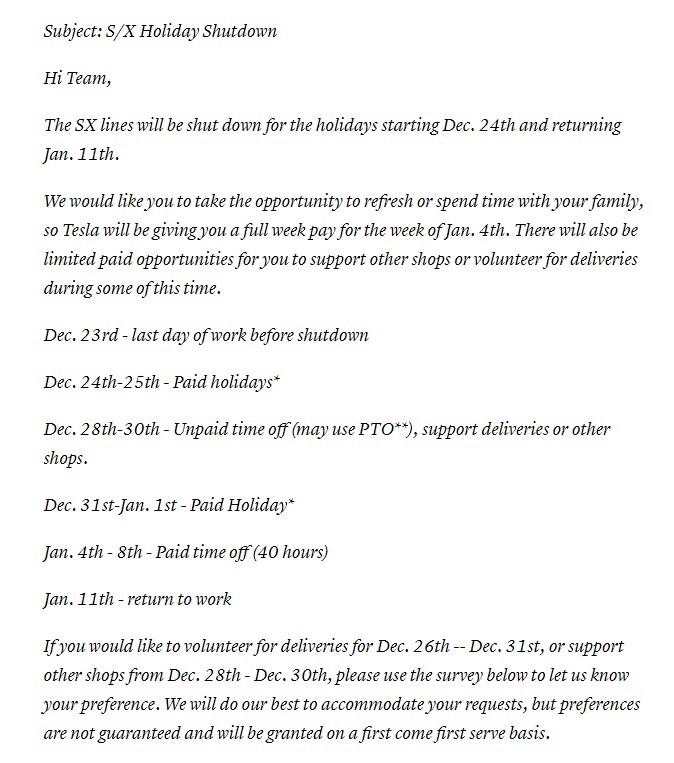 This is the second email that was sent by CEO Elon Musk to all employees, as transcribed by CNBC: 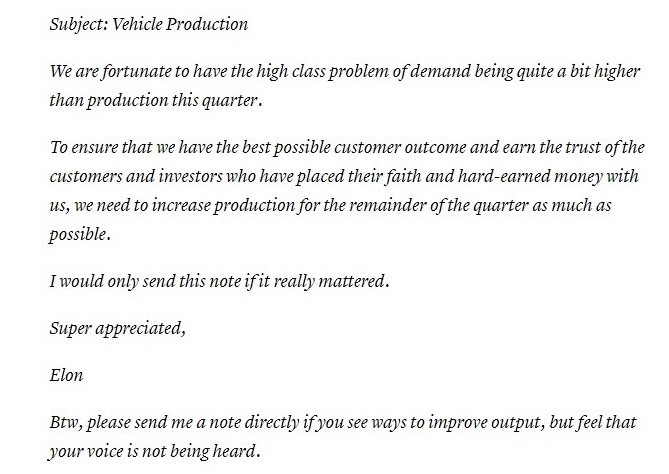