Some months back, the king of electric car companies, Tesla, made a decision that was huge for the entire crypto industry. They started to accept Bitcoin for their car purchases. This new development was loved by investors, and the price of Bitcoin also soared after this news. But recently, Elon Musk announced that Tesla will stop accepting Bitcoins due to environmental concerns regarding the same. Tesla is an EV manufacturer, and its primary goal is to cut down on the carbon footprint of vehicles. So, if it embraces BTC, that isn’t supposed to happen. 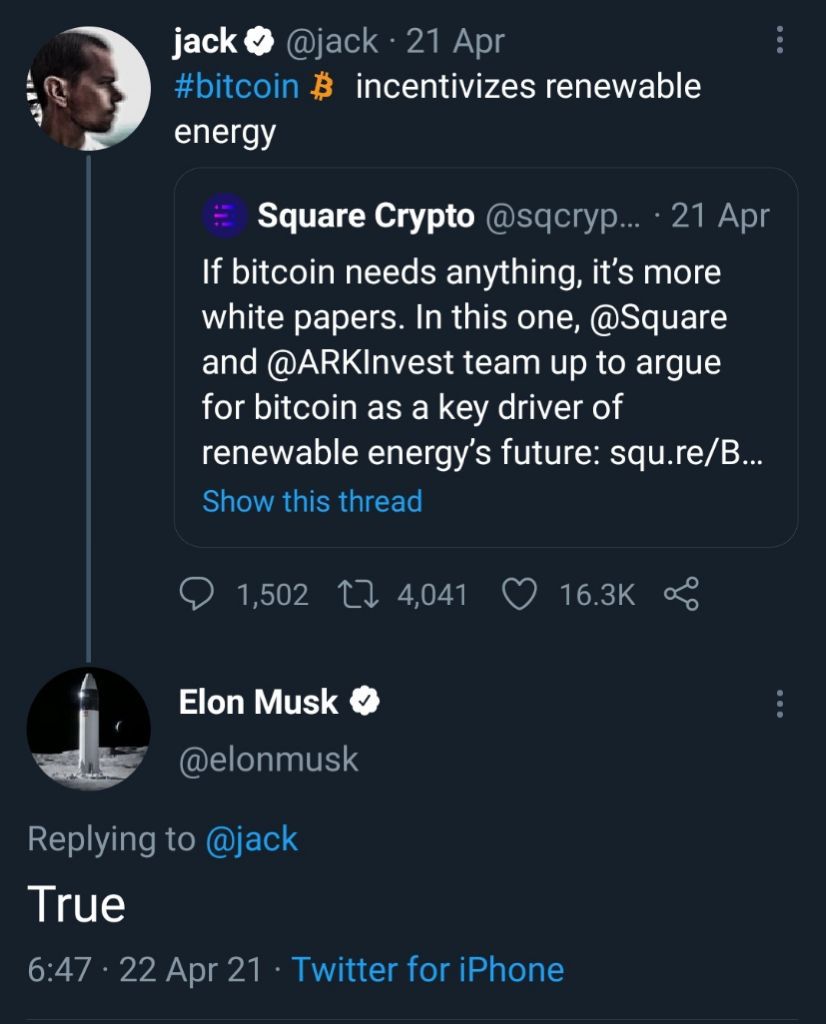 Bitcoin mining is supposed to be good for the environment; he said a while back. This is because it promotes the use of renewable energy and combats the use of fossil fuels. But the most recent decision was because of the rising use of non-renewable energy resources for the same. After the announcement, the price of Bitcoin dipped 5% in a few minutes. And as this happened, all other cryptocurrencies were also affected by the news. The company doesn’t plan to sell the Bitcoins it’s holding, though.

Elon also said that they are planning to bring cryptocurrencies that use less than 1% of the power required per transaction of BTC. This might be a signal that Elon is planning to bring doge as a crypto payments option on the platform. But the idea of not accepting Bitcoin didn’t sit well with many renowned personalities.

Someone bought $127M in #doge an hour ago, what if this is @tesla who bought it? 🤔 #dogecoin #dogearmy

The reaction of other personalities

Twitter wasn’t particularly happy with his decision to stop the usage of BTC for Tesla purchases. It is important to understand that the disappointment comes from the fact that he admitted that BTC use is not bad for the environment. People have been reacting in all ways. Some are just asking him why the sudden change in direction. He, of all, should know the future of cryptocurrencies and the importance BTC holds.  While others openly criticized him for this abrupt decision as he must have know what kind of environmental impact BTC has beforehand.

There are also people who think it’s best to just listen to Elon and what he has to say. This is because he does care about the environment and the move of not allowing Tesla purchases with BTC anymore means that he is pushing for the use of renewable energy for the same. We also have Mark Cuban, who cleared the air regarding the same, saying that he will continue to accept crypto at the Mavs store. He thinks that cryptocurrencies are the future and will replace gold as a store of value real soon.

We also have ARK invest that said that they are going to continue the innovation in the space. The primary goal will be to increase the use of renewable energy for crypto mining purposes. And finally, we found Yassine Elmandjam, a crypto analyst who said that he thinks there is something off about this entire thing. And has put up his point of view on Twitter.

Surprised that Elon of all people is being retrospective as opposed to prospective. A world with bitcoin is a world that, at equilibrium, generates more electricity from renewable carbon-free sources.

A great opportunity to continue debunking the FUD.

Stay tuned. Our research demonstrating that Bitcoin is not only shifting towards renewables but also accelerating renewable deployment, is only getting started.

What are your thoughts on Elon Musk’s announcement that Tesla will stop accepting Bitcoins? And do you think there is something fishy about the entire thing? Let us know in the comments below. Also, if you found our content informative, do like it and share it with your friends.