Tesla is launching a solar roof program where customers get a solar roof loan option which can be paid on installments for 20 years. It allows them to have lower monthly payments and avail of residential solar products. Usually, a customer needs to provide Tesla details like the home owner’s address, the home’s square footage, and its number of stories. With which the company designs the solar roof. 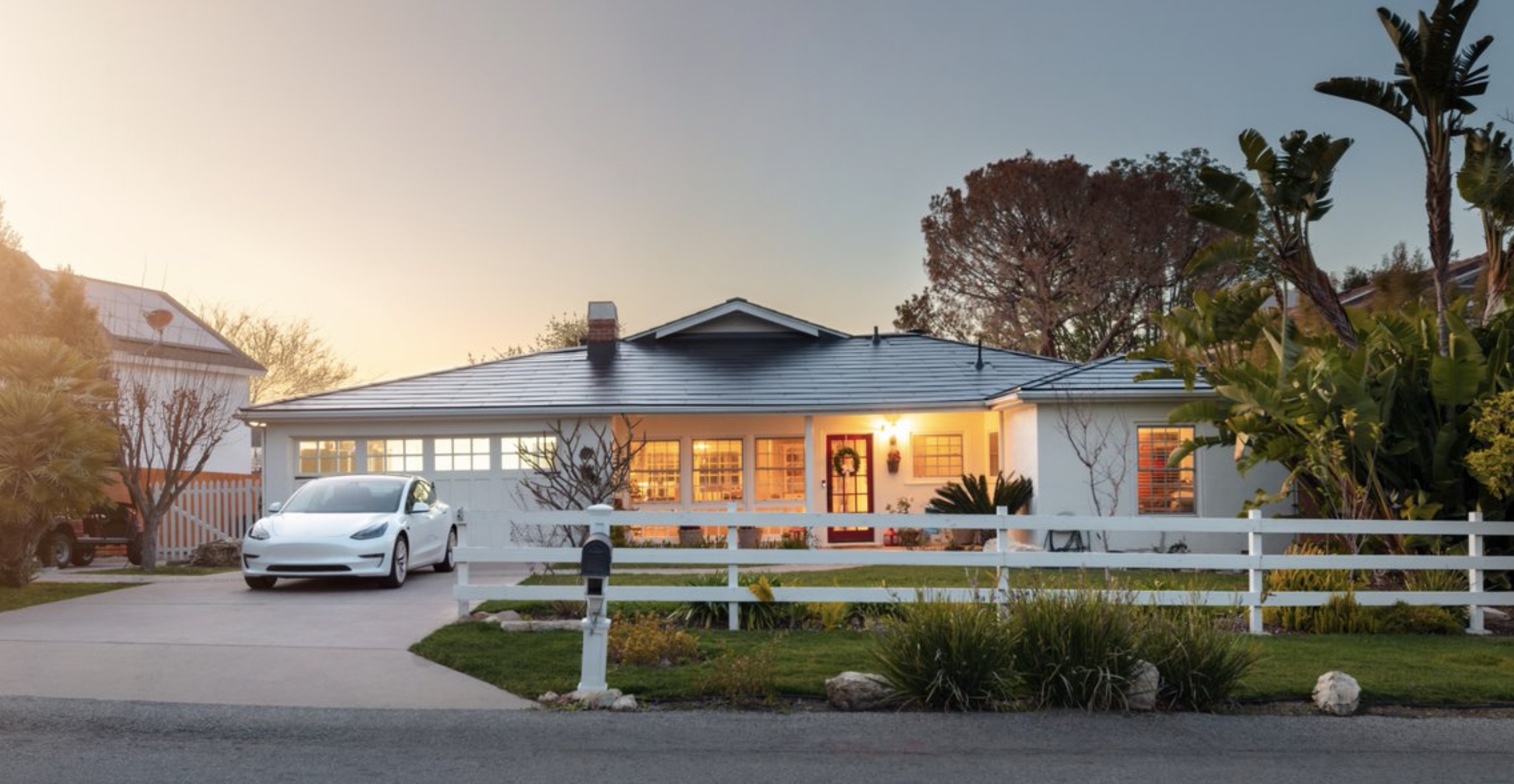 For a sample 3,000 square foot, two-story house in Milpitas, California, with an average electric bill of $200 per month, Tesla recommends an 8.18 kW Solar Roof with one Powerwall battery, which costs $61,400 before the federal tax credit. After incentives are applied, Tesla estimates that the system would cost $45,100 if paid in cash.

A look at a loan option for such a system shows Tesla’s focus on making the Solar Roof more affordable. Under the company’s 20-year loan program with a 10% downpayment, Tesla would be charging customers just $335 per month. The same system under a 10-year loan costs $533 per month or about 38% more. Considering that the Solar Roof is a long-term investment, the monthly savings from Tesla’s new 20-year loan system may prove compelling for new customers. 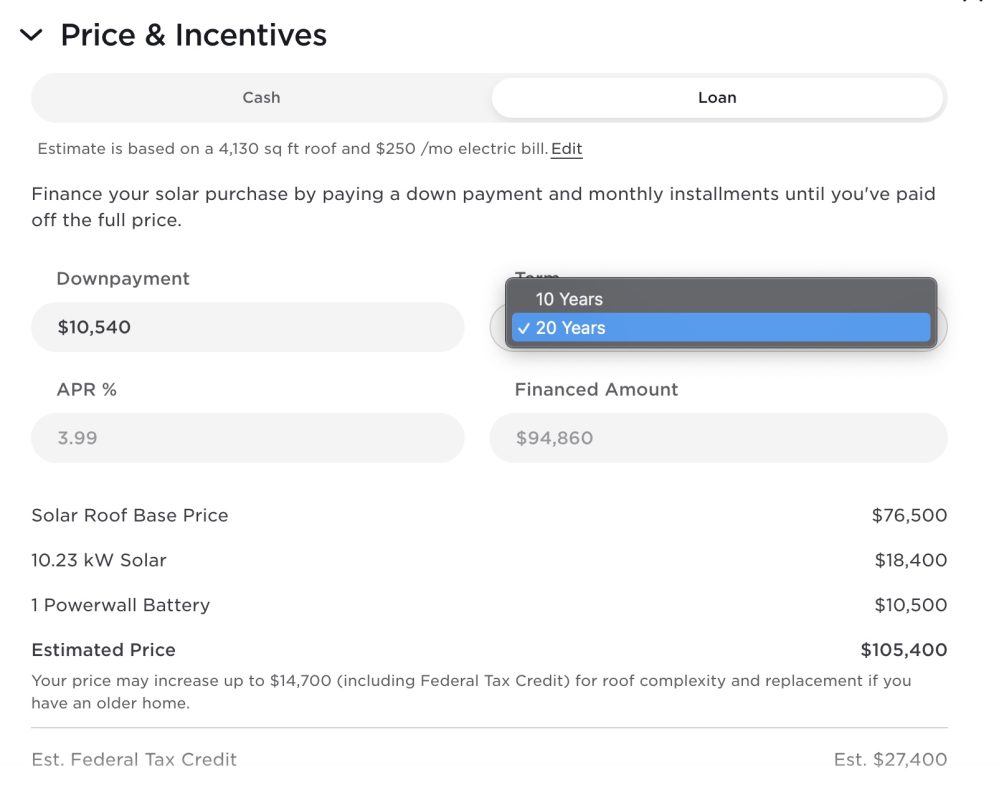 Tesla’s solar business does not command the spotlight as frequently as the company’s electric vehicle division, but it is growing steadily. Tesla noted in its third-quarter Update Letter that solar deployments were 83 MW in Q3 2021, increasing by 46% year-over-year. Solar Roof deployments more than doubled year-over-year as well. When fully ramped, CEO Elon Musk has noted that he expects Tesla Energy to be just as big, if not bigger, than the company’s electric car business.

For a project like this one, the monthly payments would amount to $574 per month with this new financing option. Previously, Tesla solar roof buyers had to find their own financing options for the new solar product or buy it outright. It often didn’t make sense for homeowners looking to invest long-term into their property while reducing their electricity costs. Tesla started taking solar roof orders from anywhere in the US last year. However, the company is still selective on its projects based on roof complexity, location, and availability of installers. It has been known to cancel orders at times. Earlier, despite the fact that Tesla ended its referral program for cars last year, it decided to keep the program for its solar roof and even increased its referral award to $500. It was because the company claimed that the demand for the solar roof was still strong after this price increase and that installations are accelerating.