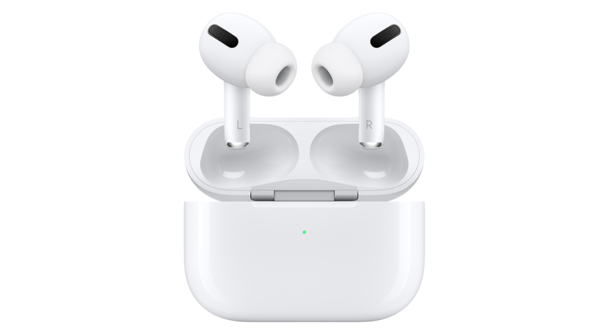 Reports suggest that a family from Texas is suing Apple Inc after they claim that their son suffered permanent hearing loss. They said that it occurred when an Amber Alert emerged through the AirPods he had on. Certain news outlets suggest the incident took place about two years ago while the family filed the lawsuit last week in San Antonio.

The parents, Carlos Gordoa and Ariani Reyes claim that their son was making use of his AirPod Pro device which was paired with his iPhone through Bluetooth. Aged twelve at the time, the son was watching a film on the video streaming service Netflix. This when an Amber Alert came through the earbuds which led to the unfortunate incident.

Talking about the incident, the parents filing the lawsuit identified their son only as B.G. They claim that he was using the Apple product on a relatively “lower volume,” and when the Amber Alert suddenly went off. Reportedly, it just started off suddenly, without any prior warning at a much higher decibel level. This high volume led to tearing apart B.G.’s ear drum, going on to damaging his cochlea, leading to serious injuries to the twelve year old’s hearing abilities.

“…at a volume that tore apart B.G.’s ear drum, damaged his cochlea, and caused significant injuries to B.G.’s hearing.”

Taking into account Apple’s various feature, Amber Alerts are mainly sent out to warn concerned users about a child in danger, possibly missing or abducted. The tech giants introduced them owing them being an essentially important tool in locating a child who could be possibly in danger.

Moreover, the family stated that tone accompanying the alert came at an “ear-shattering” volume, leading to their son now suffering from hearing loss. They also said that he suffers from additional ailments such as nausea, vertigo, tinnitus, and dizziness, along with having to wear a hearing aid at all times.

The family seeking more than $75,000 in damages owing to B.G. suffering permanent hearing loss in his right ear. One of the attorneys representing the family is Tej Paranjpe.

Reports showed how the AirPods do not possess the ability to automatically alter any setting. These include to “reduce, control, limit, or increment notification or alert notification or alert volumes to a safe level” that bring about the emissions. Additionally, the lawsuit refers to various online threads consisting of complaints from people regarding loud notifications from AirPods Pro.